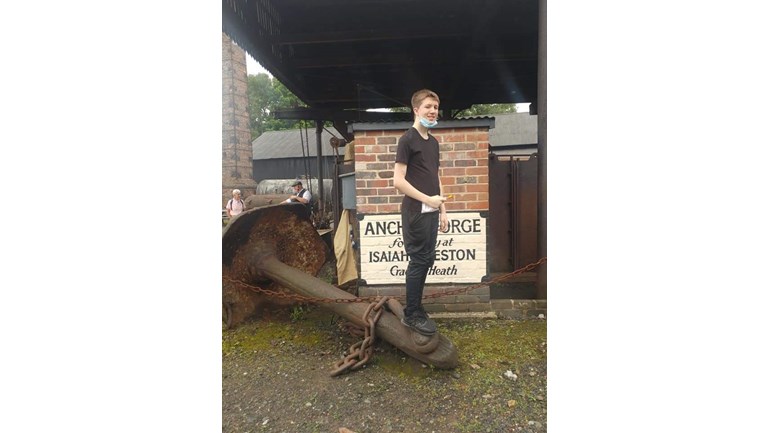 Let me introduce you to my 13 year old son Jack, he is a funny bright young man, and likes nothing better then playing strategic games and watching you tube videos about history and Geography, and could go very far in life as his dream job is to be a music producer, but it all started back in primary school when he was 11, he started to get very agitated and angry when he heard certain noises, in this case it was sniffing in assembly and from then on, it has just got worse, he is now in year 8 in a mainstream school and its been very hard to say the least, over the last year he has been diagnosed with high functionality autism and OCD, But his main problem that is holding him back academically is the diagnosis of Misophonia, which is a neurological disorder which causes severe reactions to certain noises which can vary from one person to the next, in Jacks case his triggers are Coughing, sniffing, chewing, pen clicking, heavy breathing, and vibrations on the floor, also the background noise of a television and dogs barking, his reactions can range from sheer anger, getting very upset, hitting himself on the legs, or fleeing from the situation, fight or flight simulation, once this happens it can take a long time for him to come back down and carry on with what he was doing, like going back into class and carrying on with his work, in some cases he can just anticipate that he might hear a certain noise if the classroom is going to be quiet and grow very anxious and then he wont even enter the classroom.  To try and remedy this issue, lots of things have been tried, the school allow him to have earphones, he has tried ear buds and the latest thing to try which has been given by the audiologist is in ear noise generators which will play pink noise, but due to the lockdown these have not really been tested properly so were not sure if they will work as of yet, not all the time anyway.

The reason I wanted to set up this page is that we have found a neurophychologist that offers a therapy which will help Jack extremely which is called Sequence repatterning and is a 12 week course of therapy, he has worked with lots of people from all over the world who like Jack suffer with Misophonia, and it helps retrain the brain to think differently,.

All Jack wants to do is go to school and be with his friends, and this disorder is very dibilitating and it is stopping Jack from getting on with his life, I thank you for your time and hopefully we can get Jack booked to have this therapy as soon as possible and he can get back to some normal days at school instead of fighting with this horrible disorder.