Donator left no message.
£40 from Anonymous

We are so proud of you George! Keep being amazing, you never give up and inspire us every day ♥️ 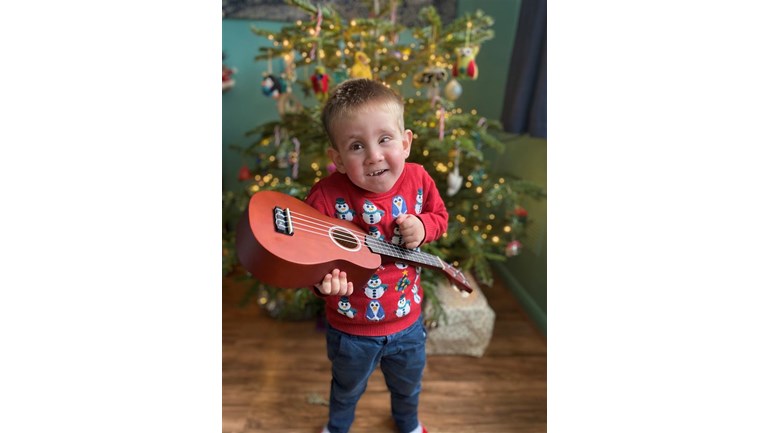 Our youngest son, George was born on 15 April 2017. Soon after he was rushed into the NICU, and stopped breathing several times that first day. He was given support and care, and after 2 long weeks we brought him home to meet his big brothers. Once he was home we had issues with feeding George and noticed he was quite floppy compared to his brothers. He was not meeting milestones, and we were unsure if he was able to see. Fast forward a few months, George underwent open heart surgery at GOSH at 5 months old to repair a hole in his heart. He made a fantastic recovery, but after this became dependent on a tube to feed him via his nose. It wasn’t until just after his first birthday that we received George’s diagnosis of Kabuki Syndrome. Everything made sense, his low muscle tone, cleft palate, tube feeding, visual impairment, heart defect, development delay plus many other things.

Since his diagnosis we have been trying to expose George to lots of therapies that will aid his development. Just after the second lockdown in April 2021 George began horse riding at the fantastic RDA Chigwell. He thoroughly enjoys these sessions, which help strengthen his core, helps his balance and encourages communication. Riding ‘Buster’ is one of George’s highlights of his week. We would love to be able to commit to funding these sessions long term. If we have enough funds we would also like to pay for private music therapy sessions, as most people will know George comes alive with music.