To Freddie’s from magic russ and family blakedown

Hi Freddie, I hope you had a Happy Christmas although the strangest we’ve ever known. I know Santa would have been good to you - very special on his List Lots of Love, keep smiling xxx❤️🦉❤️xxx❤️❤️

Thank you to Ailish, Liz & Alan, the Da Costas, Luisa, Shelley, Si & Anna, Julia & John, Roisin & Andy, Maud & David, Ella, & Katie E for your Christmas Wishes- sorry I've not got a card out to you! 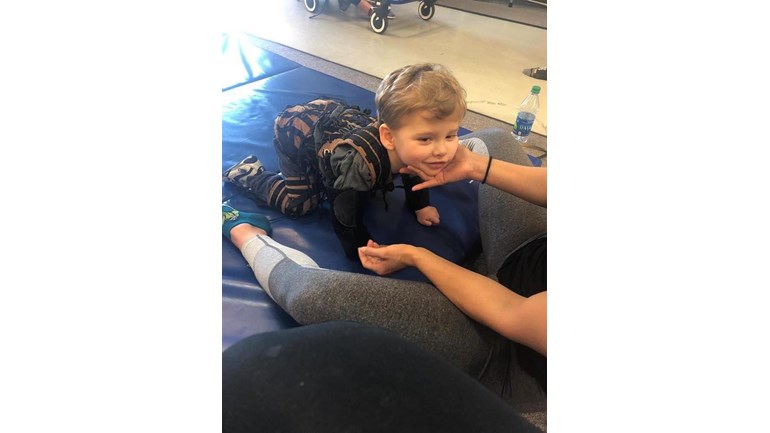 Following a healthy pregnancy and 10 days after his due date, Freddie was born on 29th August 2015. The last few minutes before he was welcomed into the world turned from excitement and calm to fear, terror and chaos. Due to a multitude of complications, Freddie’s heart stopped beating 20 minutes before he was born, leading to a fraught, emergency cesarean. Freddie’s brain was starved of oxygen for a considerable amount of time. His lungs were filled with meconium. Freddie's parents, Sarah and Paul, were told to prepare for the worst, it was unlikely he'd survive those next few hours.
A few hours followed, and Freddie fought and fought. A decision was made to transfer him to another hospital a few miles away where he could have a cooling treatment on his brain. The treatment couldn't cure any of the damage that had been done but it could stop it getting worse. Just 7 hours after being born, Freddie and his family found themselves at St Peter's Hospital in Surrey. The treatment was started immediately but again, they were told to prepare for the worst, Freddie may not survive the night.
Freddie defied the odds, he survived the night, and the weeks in hospital that followed. He surprised everyone. He got stronger daily. He proved everyone wrong. But at just 6 days old, he had his first MRI scan and the news that followed was crushing for Freddie and his family. The results of the scan showed severe brain damage, he was diagnosed with Grade 3 Hypoxic Ischaemic Encephalopathy, which would cause him to have severe bilateral dystonic Cerebral Palsy.
Cerebral Palsy affects every person differently. It can affect muscle control, coordination, tone, reflexes, posture, balance, speech; so many of the things we take for granted and do without a second's thought. In Freddie's case, it means his head and core are very floppy but his arms and legs are very stiff. He has uncontrollable muscle spasms. The condition currently prevents him from being able to use his hands, to chew his food, to sit up unaided, to speak and so much more. It's not all impossible though. He can smile, he can laugh, he loves to watch TV and he loves to splash around in the bath and in swimming pools.
Over the past 4 years, Freddie has proved many doctor's wrong. He came off his feeding tube and learnt to suck. He loves yoghurts and ice cream. He cannot chew safely though, and sometimes the muscle spasms cause him to choke and he's unable to swallow, so recently he was fitted with a feeding tube into his stomach so his family can get more fluids and extra nutrients into him when needed. He has physio weekly, where they relax his muscles and he's learning to roll over and they are building his core strength so that, hopefully, one day he will be able to sit up unaided. If he can sit up, then maybe he will be able to stand, if he can stand, maybe he will be able to walk a couple of steps. It's all unknown for now and only time will tell.
While Freddie and his family are extremely thankful for the NHS - without them, he might not be here - there is only so much support and therapy they can provide. To improve, and to have a chance of being able to walk, talk and do so many of the most simple of things, Freddie needs countless therapies, equipment and support. The NHS provide one hour of physio a fortnight, for him to improve he needs so much more. Freddie's family have researched and fundraised, joined support groups and forums, desperate for answers on the best treatment and equipment to provide. In March and October 2019 they took Freddie to the NAPA Center in the USA where they provide intensive, highly specialised therapy unavailable in the UK. The results were amazing and Freddie loved it there. They pushed all the boundaries with Freddie and he broke them all.
With the right therapy and the best equipment, Freddie will be able to keep proving the doctors wrong. He'll hopefully be able to do amazing things, just like he already has, and he can have a good quality of life. All these treatments cost huge amounts of money and they are only going to become more and more vital as Freddie becomes older. Because of that, Freddie's family have no choice but to fundraise, to give Freddie every fighting chance to get the best care that he deserves. There have been marathons, treks, raffles, MMA fights, pool knockouts, sky dives, fancy dress and so much more. The latest; a fundraising ball in February 2020! There have been hundreds of people who donated, supported, shared posts etc. There are family members who have shed blood, sweat and tears; friends with sore, bruised and blistered feet and colleagues who have thrown themselves into the action without anyone having to ask.
No one in Freddie's family expected 4 years ago for this to happen. No one knew what HIE even was. But the last 4 years have opened up a whole new world for them. Through continued fundraising, they will ensure that Freddie gets the best possible care, and that this fighter is given every bit of support he deserves.
Thank you for reading all about Freddie
For the latest updates on Freddie, visit his instagram @freddiesstory or head to www.freddiesstory.com.