Dave, Toby - you're both heroes. We're full of admiration for what you've done

Sorry for the delay peeps. Here is the sponsorship money from my pitiful attempt at finishing the CCC. Hope it goes further than I did! Haha!

This is the sponsor money I raised offline for Toby for running the CCC in France. Hope it helps the little fella.

Well done Greg and Ross! What a fantastic cause. Love & best wishes to Toby and family xx

Dave, cracking effort and dedication for a great cause. 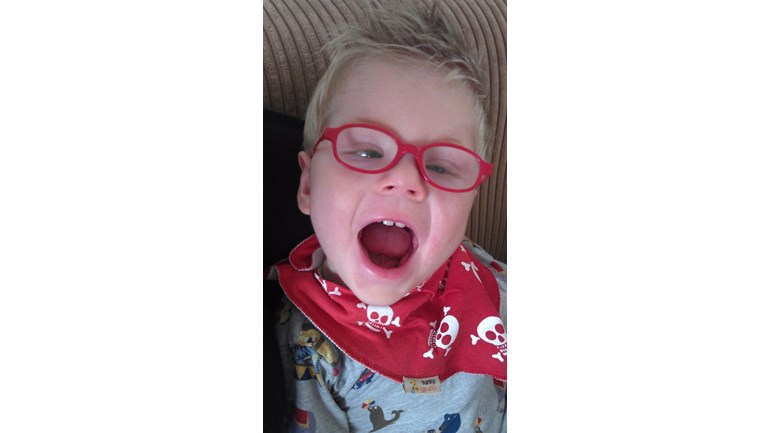 Toby arrived 6 weeks early by emergency cesarean after a routine check up indicated that all was not well!  After 6 weeks in the neonatal unit we finally got to bring our boy home and we thought the hard part was over.  At 8 months of age Toby was diagnosed with Spastic Quadriplegic Cerebral Palsy and a few months later a catastrophic form of epilepsy called Infantile Spasms which have unfortunately developed so much that they are no longer able to be controlled with medications.

All sounds very gloomy doesn't it?, and yet anyone who really knows Toby knows that this is far from who he is!  At 2 ½ years he is happy, cheeky and determined and when a bout of the giggles strike you just can't help but join in!

Toby’s personality is developing so much each day, unfortunately his body does not comply, it has a mind of its own and a stubborn one at that.  His days are spent fighting with his muscles to do simple things such as holding his head up, reaching for a favourite toy or even just getting comfortable.  One of the sets of muscles that have failed him are his oral muscles resulting in him no longer being able to eat and requiring all of his nutrition via a tube directly into his tummy.

When you watch his determination to do the smallest of movements that we take so much for granted it drives us to ensure that we keep up with him.  This means lots of specialist equipment and daily therapies to educate and entertain him giving him the best chance to grow up to be the best he can be and achieve whatever he sets his mind to.

As we all know everything has its cost and thats where we need help. Our will is there but the means are not.   Any help would be greatly appreciated and the impact of this would be immeasurable.