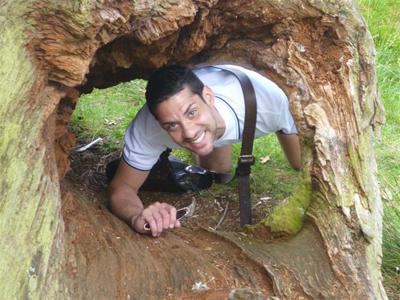 A year ago I decided that I needed to make changes to my life by venturing into unknown territories by joining a gym and begin to run, these were two things that I had said I was going to do but deep down inside I feared. Then one day I plucked up the courage to venture into a gym, quickly I began to realise that I actually enjoyed the gym and my confidence grew.

At the same time my old Hull team started a running club after work on a Tuesday and asked me to join it. I was hesitant and thought there was no way I would be able to run a long distance (recalling the memories from my school days of being forced to do cross country runs and hating every step I took as I was ‘never one for running’ and was always bringing up the rear! I soon found my stride and was given the nickname of “Tigger” as I bounced along the pavements. The idea of running the Great North Run i.e. 13.2 miles seemed like a pipe dream but in the back of my mind I had already set myself a challenge of doing it.

When I applied for the ballot I thought there is no chance of me getting through as I was aware that people rarely got a place on their first attempt. So, when I received the confirmation email saying I had a place I thought “this could only happen to me” and the realisation of the challenge ahead began to dawn on me.

This was when I came across Caleb and his story

I was touched by what I read and how his parents were trying to raise much needed monies to enable their son to have the opportunity to do things that we all took for granted as children i.e. to be able to play, have fun and ride a bike. After reading his story I decided I wanted to be able to raise monies that would benefit Caleb directly. So I ask you all to help me by giving a little (or a lot), not only will this help Caleb but it will spur me knowing I have everyone’s support.