The Gruffalo seen in Bristol! 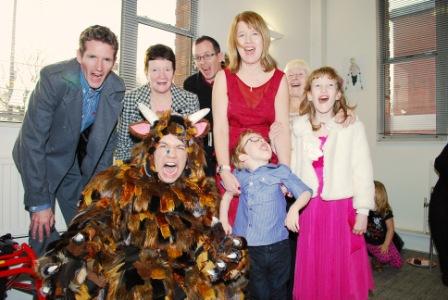 A popular children’s book character made an appearance in Bristol this Friday at 70 Redcliff Street, Harbourside.

The fundraising had been organised to help Kingswood youngster Jude Noble have life-changing surgery that should give him the chance to walk on his own.

Veteran fundraiser Peter Chaplin, who has raised thousands of pounds for childrens’ charities over the years, arranged the draw along with special guests including the Gruffalo. To help raise even more money children went along to the draw and had their photographs taken with the Gruffalo.

The Capita Symonds building manager had been collecting raffle prizes to fill a massive wheelie bin in support of the appeal for the youngster, who has cerebral palsy, to pay for surgery at Frenchay Hospital to ease the tightness in his legs and give him the chance to walk on his own.

Thanks to Martin Edwards for his wonderful photograph.