Donator left no message.
£165 from Anonymous

from the two of us. £10 each for the three big people and £10 each for Archie,Kiko and Lewis. (already sponsored,Kiera and Libby.) Well done and thanks to you all.

Well done Keira, Libby and everyone else who participated in this weekends activity’s xxxx 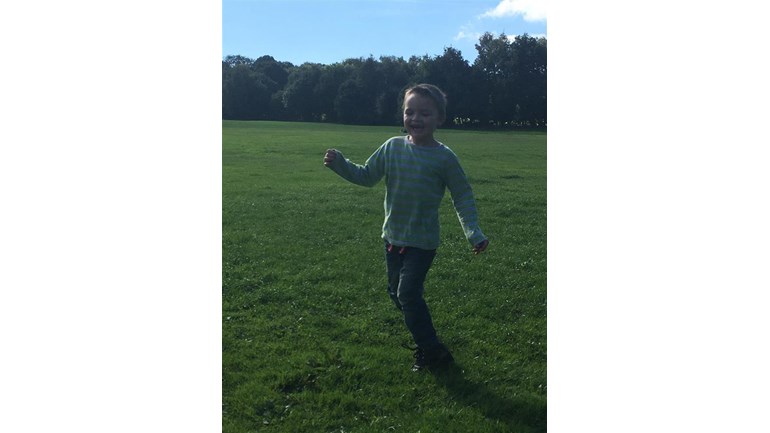 Logan is my 5 year old super boy! Logan was diagnosed with Hereditary Spastic Parapesis. Type SPG30 which is caused by a mutation of the KIF1A gene. This condition is very rare with only a handful of people in the world having the same type as Logan. It was first discovered in 2011, therefore there is still not much know about it.

SPG30 is a neurodegenerative disease which has most affect on his legs causing him to have a very abnormal and unsteady gait. As his condition is degenerative it means that Logan will get worse over time and there may come a day when he will be no longer able to walk.

Legs isnt the only thing his condition affects. It also affects his learning capabilities, speech fine motor skills and eye sight. In time it may also affect his bladder control & hearing.

Logan had a life changing surgery on the 1st March! He had both femors broken in order to turn his legs back to the position the should be and his bones have been screwed into place. (his bones had started growing inwards over time due to how he walked so his legs were pretty much sideways!).

He also had Achilles tendon release surgery. This entailed them cutting and lengthening the tendons in the back of his ankle as these had stopped growing due to him walking on his tiptoe (they were so tight that Logan was unable to put his feet down flat at all!).

As you can imagine this has left him very weak and unable to walk as it's like he woke up from that surgery with brand new legs. He's going to have to build up muscles that he has never used before and then once he's strong enough he's going to have to learn how to walk all over again. This is going to be a long process for him and I want to be able to give him the best possible chance at getting his mobility back.

That is the reason I have set up this page, to try and raise some money to get some regular physiotherapy sessions to help Logan now he's had his surgery. He is going to need lots of physio if we want him to reach the full potential of his new legs and unfortunately the NHS would not provide the amount of physio Logan would ideally need to achieve that.

Without the physio there is a chance that Logan will not be able to regain his muscle strength and will never walk again which would break our hearts!!

I've set the target as £3200 as that would be enough to pay for Logan to have one physio session a week for an entire year.

The money you donate to Logans fund is going to be held by the tree of hope charity. The tree of hope will then in turn pay for physio sessions using Logans funds. It is done in this way so that you all know the money is going exactly where it should be.

The money raised does not come to me and cannot be spent on anything other than what the tree of hope approve.

Thankyou so much for reading!