We all deserve a chance...go for it! x

Every journey in life begins with a single step - Joseph, you will take that step and many more in the future. Hugs & Best wishes xxxx

I am so pleased to hear that you managed to raise funds for Joseph's operation. I wish him all the best with the physiotherapy and enclose a donation towards the cost.

Good luck Joseph, may all your wishes come true <3 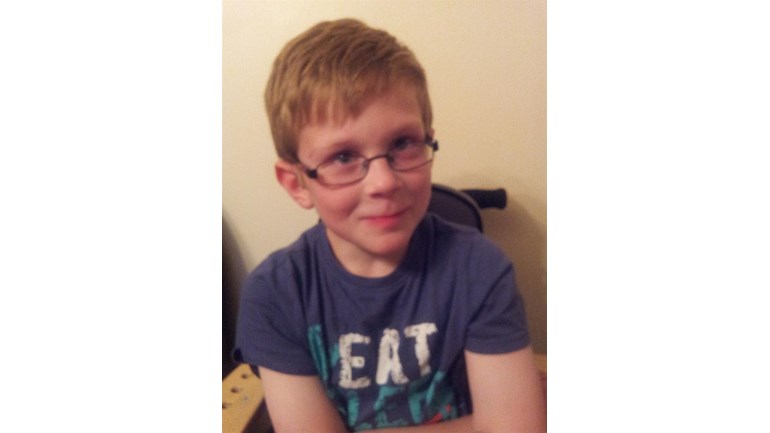 We are stepping forward with our son, Joseph, towards a life changing operation.

Joseph was born prematurely at 34 weeks. After initially fighting for his life he spent the next 6 weeks of his life in neo-natel care, where we were told that due to lack of oxygen he had suffered significant damage to his brain and the doctors were unsure as to what extent he would be affected.  After twelve months of uncertainty,Joseph was diagnosed with Spastic Diplegia, which is a form of Cerebral Palsy and predominately affects his lower limbs and hence, his mobility.

After many years of struggle, Joseph has reached the stage where he can manage to walk with a walking frame and is able to walk a few steps independently however to do this Joseph needs daily physiotherapy along with a lot of encouragement and support.

Joseph is now 8 and is a very determined boy despite his disability.  Joseph lives life to the full and tries to join in playing with his friends and at local sports centres whenever he can, although his lack of mobility means that he is left behind.

Joseph has been offered an operation which will be simply life changing.  The operation, Selective Dorsal Rhizotomy (SDR) is carried out at Leeds General Infirmary.  This operation, combined with an intensive physiotherapy programme would give Joseph the chance to do the thing that most children take for granted – which is to walk !

Although Joseph has been offered this opportunity of a lifetime, the NHS are unable to fund it and we need to raise £20,000 for the operation and following treatment.  We are aware that this target is a challenge, however the grit and determination Joseph has shown over the years gives us the belief that we can make this possible.

Tree of Hope are helping us to raise money for Joseph. All of the money donated is set aside for Joseph and it will be used to pay for the SDR and the post-operative physiotherapy afterwards.

It’s a long journey ahead but as a family we are determined to achieve Joseph’s goal of walking unaided and independently and you can help us take this step forward.