Donator left no message.
£275 from Anonymous

In memory of Shirley Drogman

In memory of Shirley.

£30 from Jo Merchant and Tony Rolfe

In loving memory of Shirley

In loving memory of Shirley.

Donator left no message.
£30 from Louise and denny nash

In memory of Shirley Drogman

In Memory of Shirley, a lovely lady who will be much missed.

In fond memory of a Treasured Aunt, Shirley, Best wishes to Stanley. 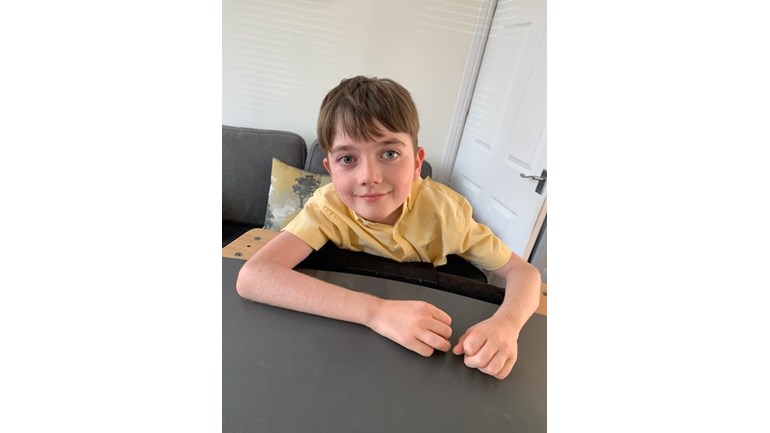 Stanley Maycey is a 10 year old little boy who has a KCNQ2 genetic mutation this is a very rare genetic disorder and not a lot is known about it. It causes epilepsy, a delay in his development and suffers from hypotonia which means he has very weak muscle tone, though out his whole body so he finds it hard to chew food and swallow liquids he cannot stand on his own, walk or even crawl. He doesn’t talk and cannot feed himself so life can be frustrating for him sometimes. When he was born he had 18- 20 seizures a day, he was in hospital for the first five months of his life whilst doctors tried to control his seizures with various combinations of epileptic medication.

Stanley was 4 years old when he was diagnosed with his condition and their is only around 200 children in the world diagnosed with the same condition most are still very young so it's very hard to predict how Stanley will be in the future and if he will ever lead a normal life. It is very likely that he will be fully dependant on his parents for everything he needs to do.

Even though he faces all of these problems he is a very determined little boy. He is always a very happy and smiley boy who loves to be around his family and friends, he loves looking at books, listening music and Disney films and people talking to him. Stanley needs lots of physiotherapy everyday to help him get stronger and give him the best possible chance to walk one day. He visits Brainwave special therapy centre twice a year to review his physio program speech and language therapy. He also has Conductive Education which is another type of physiotherapy once a week. and physiotherapy each week in London. As you can imagine these type of therapies don't come cheap but it is really helping Stanley achieve his goals. Recently he has learned to sit up from laying and can roll over this may seem a small thing to most people but for him this is an amazing achievement which we are very proud of. It just shows by doing this exercise it is really helping him become stronger.

Any money raised will go towards the specialist equipment and ongoing physiotherapy to make his dream to walk come true.