Good luck and I hope this little boy gets his dream

Nice one Simon. Good luck on your challenge. Love to the little lad x

£10 from Josie and Ali Locke

What a fantastic cause, good luck Simon! 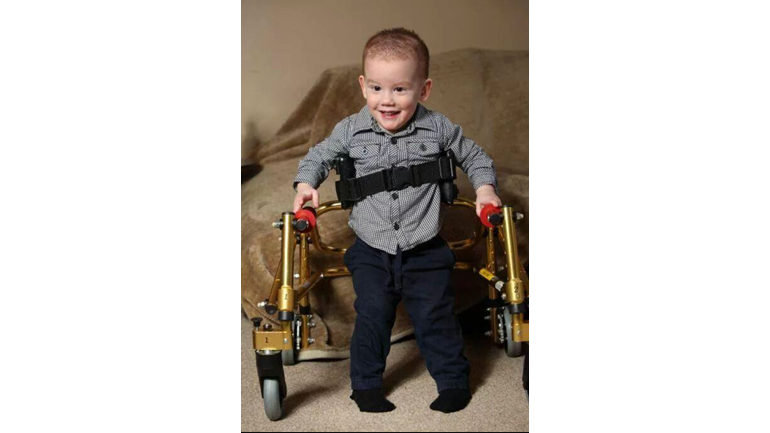 I am doing the 3 peaks in 24 hours to help to raise funds for a little boy who needs an operation that is not available through the NHS.

James was born 31st May 2012, 8 weeks early by emergency C-Section. James was immediately resuscitated and incubated then taken straight to the Neonatal Unit where he spend the first 5 weeks of his life.

Everyday James became stronger and stronger. Within 48 hours James was able to breathe for himself with a little help.

2 years down the line James is a happy and healthy child. He never lets anything get in the way of his happiness.

Here are a few newspaper articles about James

James is also on the list for Botox Treatment which he requires ASAP but won't be seen on the NHS for a few months.

James has a standing frame and walking frame which he is struggling with due to the high tone in his lower limbs.

James needs Selective Dorsal Rhizotomy (SDR) in the near future which will enable James to walk. Unfortunately this treatment is no longer available on the NHS.

It is sad that James cannot get the treatment he requires. We hope & wish he will walk and live the life to the best of his abilities.

This treatment will make James walk. James wants to be like his other mates his age. It is heartbreaking for his family not seeing him take his first steps, kick a ball & run rings around me. He's such a determined little boy.

We need to raise about £50,000 for the surgery & therapy he will require afterwards.