Send Oli to St. Louis -The Power of Internet fundraising! 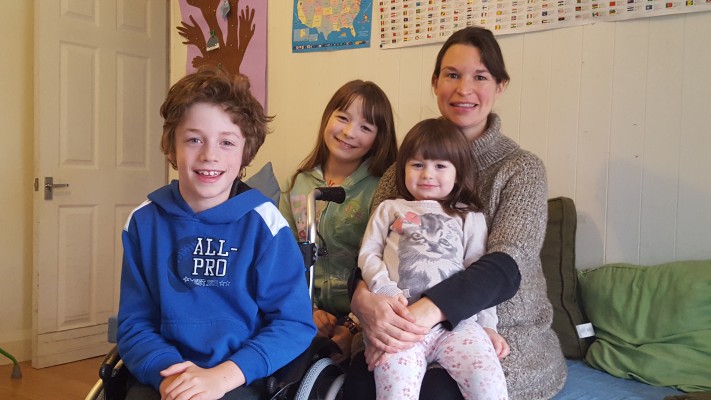 The Power of Internet fundraising

Oliver has recently joined the Tree of Hope family,
and in just 4 weeks, his campaign has reached an astonishing £17,785! Oliver’s family are fundraising with Tree of Hope in order to cover the cost of a procedure called SDR (Selective Dorsal Rhizotomoy), which is expected to give this fine young man the chance to walk independently.

Without a fundraising platform, it can be a very long haul, and sometimes takes years to raise the funds needed for surgery, the costs for pre and post-operative therapy, the equipment needed to help build and sustain strength, and the price of travelling to the States. However, by harnessing the power of internet fundraising and utilising their social networks, Oliver’s family has enjoyed very rapid success with their campaign.

Oliver was born 12 weeks early, weighing a mere two and a half pounds. Due to a lack of oxygen at birth, Oliver was diagnosed with Spastic Diplegic Cerebral Palsy, meaning his muscles are abnormally tight. He therefore relies on a walking frame, and prefers to use his wheelchair, especially when he leaves the house. This has had no effect on his outgoing personality though. Oliver is an enthusiastic cub scout, loves table tennis, horse-riding, and playing with his lovely little sisters. Being given the chance to go for SDR in the USA, will give Oliver far better mobility, increasing his independence and generally making him more comfortable.

Since coming onboard four weeks ago, Oliver and his family have raised an incredible £17,485.07 with Tree of Hope. With a Registered Charity supporting Oliver and with his family using the power of the Internet to do the work for them, they started their campaign. From shares on Facebook, a simple yet informative website and an incredibly touching video has meant that Oli’s family have raised funds unbelievably quickly.

Without a doubt, utilising social media is an incredible way to get your campaign the recognition it deserves. With the free service of Facebook, Twitter, Instagram and blogging sites like WordPress, you can, just like Olivers family, be the mastermind behind the computer, getting you campaign going viral!

Find out more and donate to Oliver’s campaign here..