Donator left no message.
£4 from Anonymous

savannahs quest for a vest 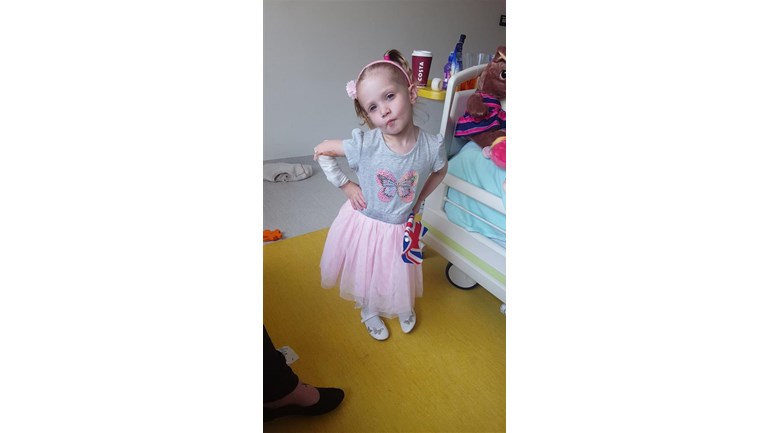 Savannahs chest has been getting worse and worse over the past few months. She has had 3 hospital admissions lasting up to 3 weeks at a time. We are currently in alderhey childrens hospital where she has had a gastostomy. To be tube fed to help her gain weight. Much needed weight to help fight infections. She is extremely mucousy at the moment. So they want to do a bronch to see exactly what is going on in her lungs. This physio vest could help loosen all the mucous so she can cough it all up.

I am trying to raise money for a Physio vest for my daughter. This will help her have a longer future. To understand why we need this please read her story.

Savannah was born at 39 weeks.

She was a tiny little 4lb 14oz bundle of joy, but it was soon apparent The something was seriously wrong with her, she wouldn't feed properly and didn't pass her first poo in the first few hours. Slowly her belly started to swell up. I knew something was up. She got sent down to special care baby unit into an incubator. she had to have an xray to see what was wrong. Then we got told she had to be rushed to Alderney Childrens hospital. When we got there, there was loads of pricing and poking and we got told her bowels hadn't formed properly and had to have an operation. We walked her down in tears.  The whole time a blubbering mess. we waited the long 4 hours for our precious girl to come back from theatre all I could think was please let her be ok. After what seemed like a life time she came back up. And was told the operation was a success but it wasn't what they originally thought it was. They said it was probably cystic fibrosis. All I could think was cystic what? They couldn't be sure until they, did blood tests  andctold us not to Google what it was until they where 100% sure. So on the 5th October 2012 our beautiful girl got the diagnosis of cystic fibrosis. It was a huge shock that our tiny little baby girl had a lifelimiting, life threatening disease which there is no cure for. I was heartbroken, a total mess. not knowing what the future would hold for my little girl. Not fully understanding what the diagnosis meant.

We had to learn how to do physiotherapy, how to draw up medicines and how to adminisrer them to our little girl before we could leave the hospital. But we eventually left after 4 long weeks.

This physiotherapy vest will help shift mucus of off longs making it easier for her to cough it up. Meaning she can breath alot easier. Also preventing infection which means less scar tissue on her lungs. So less chance of needing a lung transplant.

Some information about cystic fibrosis.

It is estimated that one in every 2,500 babies born in the UK will be born with cystic fibrosis and there are more than 9,000 people living with the condition in this country