hope you raise your total soon, such an amazing little boy! From Angel at glitz and spritz & leighanne and everyone at chance your luck raffles 💕

£105 from angel and leighanne

Great day at Jay's frozen event funds raised on ticket sales and on the day, you are an inspiration to all 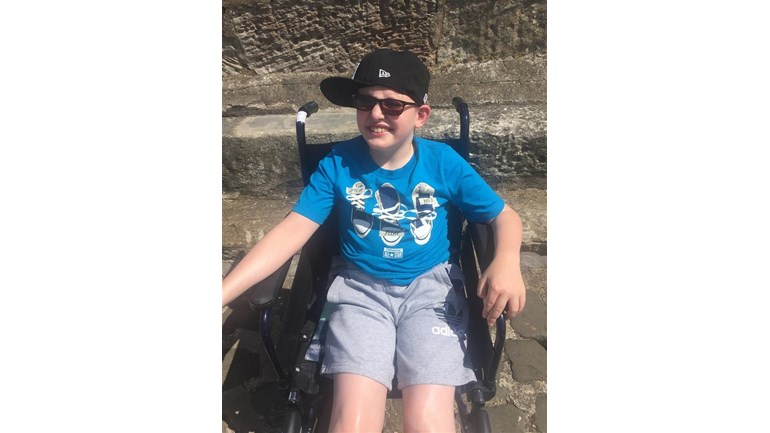 I have set this account up for my son jay who is 9 years old, Jay was born 8 weeks premature and at the age of 13 months my son was not reaching his milestones, the health visitor referred jay to the hospital where they carried out a MRI scan, 2 weeks later we received the news that our special boy had cerebral palsy and cerebral visiual impairment recent tests have showing that Jay is severely visual impaired and he is now registered severely visual impaired. The Doctor said Jay would most likely spend his life in a wheel chair, for 4 years this was the case then at the age of 4 I started looking in to a operation called Selective Dorsal Rhizotomy, this surgery meant going to America and having major surgery but this operation would change Jays life for the better, myself and my husband had some seriously big decisions to make we decided to go a head and take Jay for the life changing surgery 2 days before his 5th birthday, Jay had the surgery on the 12th of October 2011 was the longest day of our life waiting for the call from Dr Park who was doing Jays surgery to say the surgery went well, now 2/12 years later jay is doing amazing he's walking with crutches and can also Can take steps un aided in the house. Jay had surgery on the 7th of July 2016 to turn his tibia round as it was turned out the way, this is now the third surgery Jay has had to have. He is currently in a cast at the moment for 6 weeks. This is hard for Jay as all the kids are enjoying there summer holidays. We are continuing to do our fundraising to help Jay back on his feet with weekly therapy. We hope with good therapy Jay will be back on his feet soon and enjoy playing outside. We would like to thank everyone in advance 😀