All the best to Coryn & Natasha

Lots of Love from the Quicks

Good luck - an amazing thing to do.

With thanks to Hilary

This is from Dr Tulloch's U6 chemistry class as his leaving present from us. We were all so moved by Ross' story and wanted to do whatever we can to help! 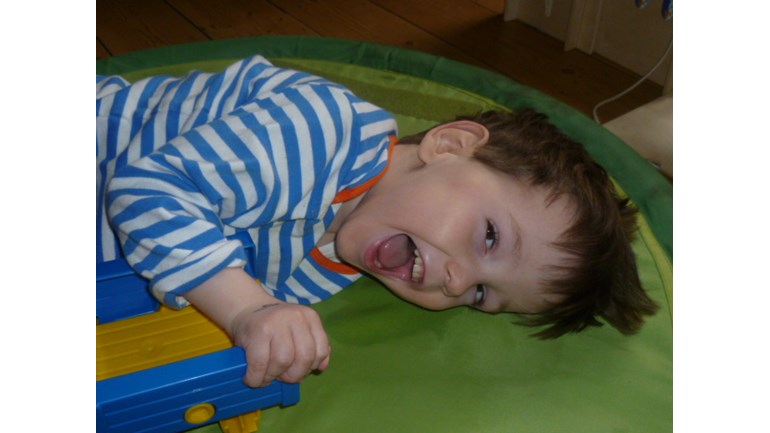 From May 25-29th 2015 I will be completing the arduous challenge of biking “Coast to Coast”  from St. Bees Head to Robin Hoods Bay in a day and then running back to St Bees over the next four days.  The 300 mile round trip involves 4500m of ascent in each direction. This is a 150 mile cycle followed by nearly six hilly marathons!

I have been inspired to do this to raise much needed funds to help four-year-old Roscoe Tulloch to realise his wish to communicate.
Roscoe, and his brother Finbar, were born 11 weeks premature in July 2010. After receiving lifesaving care at the Friarage Hospital, Northallerton and James Cook University Hospital, Middlesbrough, Roscoe was diagnosed with quadriplegic cerebral palsy, epilepsy and visual impairment.
Roscoe is now four and a half and looking forward to starting school in September. He cannot speak and so can only express his needs through smiling and laughing or crying. Roscoe was lucky enough to access an assessment which showed that he had the potential to use “Eyegaze” technology (a computer based system that detects eye movement) to allow him to communicate and learn. Unfortunately there is no funding for this package which would transform his and his family's lives. By undertaking this challenge I hope raise £10,000 to allow Ross the chance to receive this life changing equipment to help him learn and interact when he starts school.

Thank you for your donation to help me reach my £10,000 target for Roscoe, and spur me on through my Coast-to-Coast-to-Coast challenge.
Should we exceed the target amount (or if we do not raise enough funds or they cannot be used for any other reason) the funds raised will go to the general funds of Tree of Hope to assist other sick children.
Thanks for taking the time to visit my JustGiving page.
Donating through JustGiving is simple, fast and totally secure. Your details are safe with JustGiving – they’ll never sell them on or send unwanted emails. Once you donate, they’ll send your money directly to the charity. So it’s the most efficient way to donate – saving time and cutting costs for the charity.