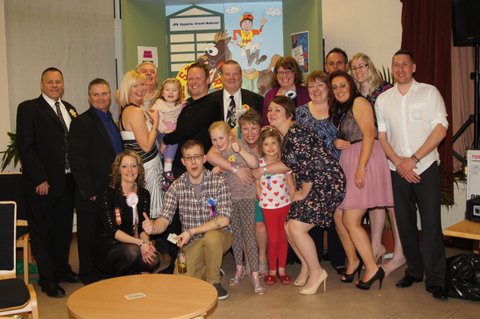 The main event was a race night which was organised by HMP officers with particular thanks to Stephen Calvert and John Brown. Thorne Lions contributed to the night by paying for stationary and giving up their time to take the bets. All races were sponsored by local businesses and people to Doncaster. In addition there was a fantastic raffle with some great prizes. A big thank you as well to Double Para Olympic gold medallist Hannah Cockroft for donating and signing a sport’s shirt.