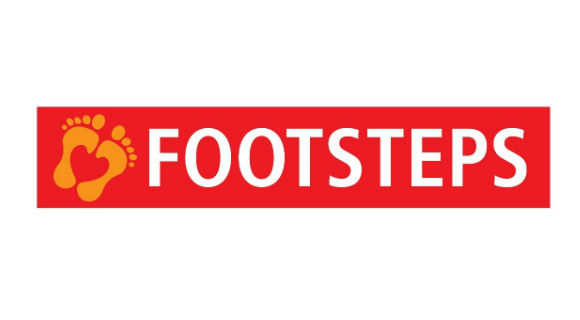 The Footsteps approach is based around play and fun, mixing games with traditional and specialist physiotherapy exercises. The team’s aim is to enhance and progress the physical, cognitive and speech development of patients, as well as building confidence and, and by extension, independence. Footsteps help youngsters achieve real, tangible and sustainable results, thus improving quality of life, and helping them to hit their full potential.

The Footsteps Centre came into existence back in 2004, as a result of the passion and determination of Mum, Pip Hoyer Millar. Pip’s daughter, Minty had been diagnosed with cerebral palsy, and was told by medical professionals, that she would never walk. Pip did not accept their prognosis, and made it her mission to find a way to enable Minty. In Poland she discovered the unique ‘Spider’ apparatus which involved placing Minty in the centre of a frame, whilst her body was aligned using elastic ropes. The therapy given to Minty whilst in the frame strengthened and normalised her muscle tone, improved her balance and spatial awareness and increased her confidence.

As the word has spread, Footsteps now welcome youngsters from all over the UK, and other countries, including South Africa, Pakistan, Israel Sweden, Germany and Malta. Patients generally come for 1, 2 or 3 hour sessions every day for a block of three weeks and families often attend multiple therapy blocks per year.

Footsteps’ bespoke therapy method is designed to be as accessible and engaging for children and young people as possible. The youngsters work hard, but have a lot of fun in the process. An example of this is playing a game of football in the spider, or a game of giant Connect 4! All very good fun, and excellent for getting patients to improve their co-ordination and spatial awareness, whilst feeling completely safe, and secure.

Alongside the therapy centre, Footsteps also has a charitable foundation, which was set up by Pip to address the issue of parents wanting therapy, but being unable to afford the fees. The Footsteps Foundation is able to provide annual grants of 10 – 90% of the cost of therapy fees, which are awarded on a means-tested basis. Families with a gross annual income of under £65,000 qualify for grant assistance.

The results speak for the themselves. Footsteps, through its pioneering, 360 degree ‘Spider’ apparatus, and other forward thinking therapies, offers young people hope, confidence and independence.