Our thoughts are with you. x Without the 'miracle' that occurred after an ICH, my son could so easily have had the same struggles.

I hope you reach your target

Here is some money for Oliver

Donator left no message.
£250 from Anonymous

I'm sure you will get all the funds you need. 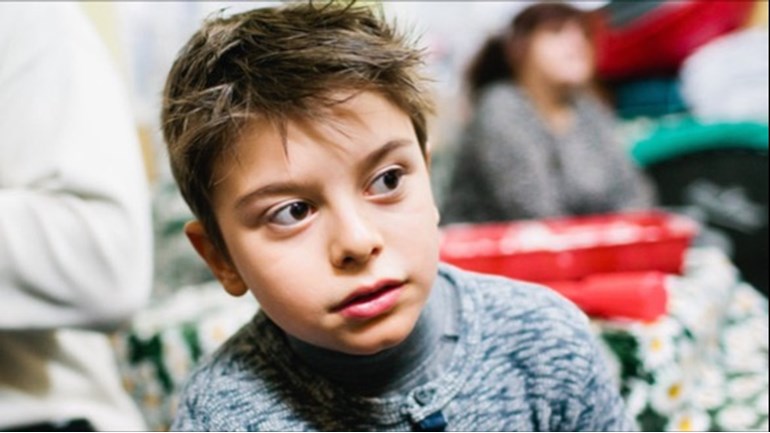 When I was told that he was unlikely ever to walk independently, I was deeply shocked by this fact, everyone around me suspected this result, including my husband; but to me it was like a dream that I wished I could get out of .

Oliver is a lively 8 years old boy. He was born prematurely at 31 weeks, weighing just 1.2kg. He stayed in hospital in a special unit for 49 days and was discharged with no health concerns weighing 1.83kg.

When Oliver was 4 months old he couldn't hold his head up and when we asked we were told he was premature so his progress was expected to be delayed. At 8 months old Oliver couldn't sit on the floor and again we were told that this was to be expected. When Oliver was 1 year of age, he couldn't stand up on his feet and was checked by a paediatrician, it was then decided that his progress was delayed unexpectedly.

Oliver was referred to a specialist paediatrician who offered him a MRI scan and hip x-ray then he was diagnosed with Spastic quadriplegia of cerebral palsy, 4 limbs were affected.

This causes his muscles to be abnormally tight.   He can walk with a walking frame and sometimes on his toes independently but finds this too difficult outside of the house so he prefers to use his wheelchair
when he’s out and about.    He is often uncomfortable and very tired because his body has to work so hard to do every little thing.

There is no cure for cerebral palsy, but Oliver has been offered a hope by Great Ormond Street Children Hospital as a good candidate for a life
changing operation called Selective Dorsal Rhizotomy (SDR)

This operation, followed by intensive physiotherapy will give Oliver far better mobility; increase his independence, as well as making him generally more comfortable. His leg movements will become easier and the level of control, dexterity, range and speed will increase over time. It will minimise the chance of future bone deformation. There will be a reduction in spasticity in his lower limbs and give him a chance of learning how to walk and if aided at least independently, it will ultimately bring Oliver and his family a better quality of life.

Unfortunately this procedure is not funded by the NHS nor is all the post operation physiotherapy required for the next couple of years. The bill from Great Ormond Street Hospital is of £27.000 and the cost of rehabilitation related to SDR is of £10,000 per year.