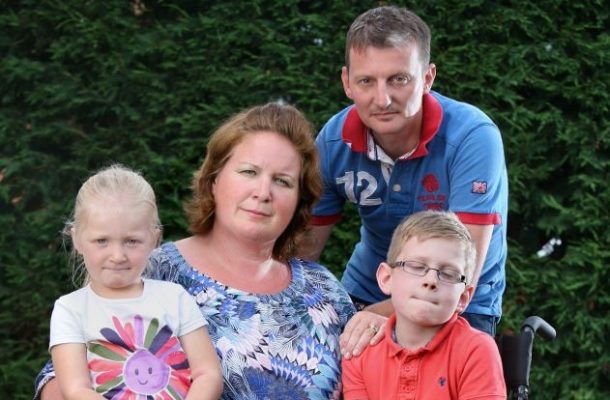 Cerebral palsy sufferer, 8, left ‘heartbroken’ after NHS withdraws offer to fund surgery that would allow him to walk unaided

An eight-year-old boy who was told he could have life-changing surgery to allow him to finally play football with his friends, has had the opportunity snatched away because of an ‘NHS shake-up’.

Joseph Hill suffers from spastic diplegia, a form of cerebral palsy which affects his lower limbs and means he has to rely on a wheelchair.

But he was given hope after being offered pioneering surgery – called Selective Dorsal Rhizotomy – on the NHS.