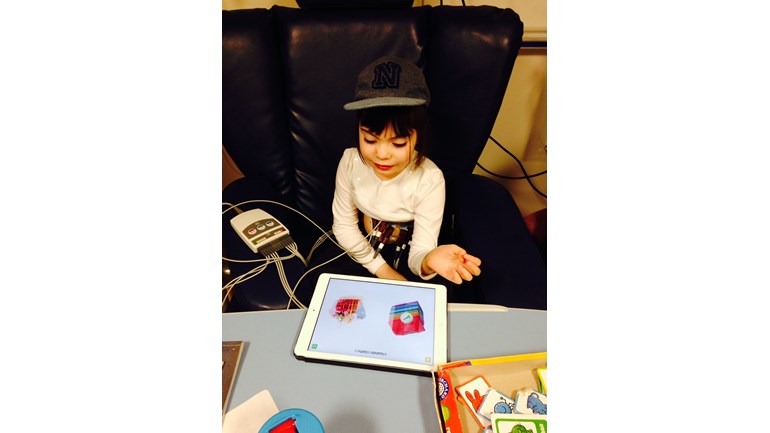 Neve is a beautiful 7-year-old girl who suffers from Dravet Syndrome - a rare and devastating form of epilepsy. She has had literally thousands of seizures in her short life and also suffers from autism, developmental delay and learning difficulties.

We would like to get her a Support Dog that will either be trained to alert adults to an oncoming seizure or to help with her Autism. Her Support Dog will be able to accompany Neve and will hopefully give her calming companionship and a little more independence as she gets older. Neve's Support Dog is likely to be a golden retriever or labrador and will  undergo a great deal of training in its first 18 months.

If you would like to donate via mobile phone there is also a Text Giving number so you can simply text 'NEVE47' followed by the amount '£x' to 70070 and your donation will show instantly on her JustGiving page.

Additional funds will be used to pay for Neve's ongoing therapies, which include Occupational Therapy, Cranial Osteopathy and Special Needs Yoga as her fine and gross motor skills are severely delayed. Some funds may also go towards a new wheelchair and other essential equipment. You can read Neve's story at www.stayclosetoneve.com or follow her on Facebook at 'Reach for Neve'.