Wishing all the best to Maximus. From Allan (one of the guests at the hotel).

2 session for max from hawk farm 👍👍

What a little star he is, hoping everything goes smoothly and successfully with his recovery xx

Big love goes out to Max and family as operation date gets closer. Best, Mark and Raluca. 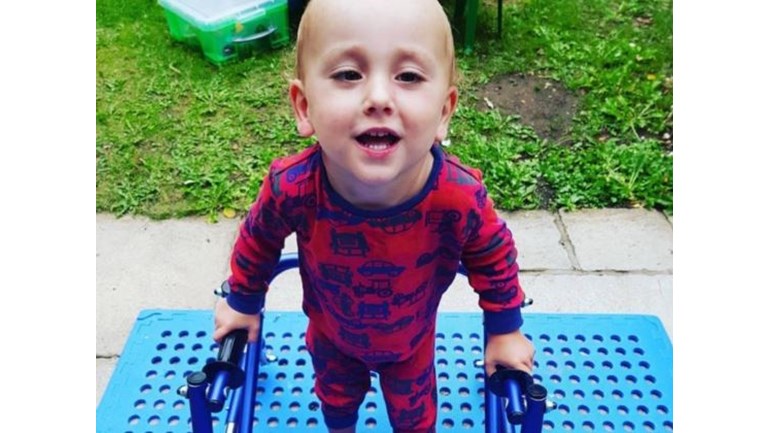 Maximus was born prematurely at 31 weeks not breathing and was in Colchester neonatal unit for 3 weeks, the care he received was tremendous but unfortunately Maximus contracted multiple infections which spread to his brain and damaged the white matter causing Cerebral Palsy Diplegia, this now affects the movement of his legs and his balance so Max is unable to walk without assistance. At 3 Maximus was  taken under the care of Great Ormond Street where he was assessed for a pioneering new treatment called SDR. 2 days before his 3rd birthday we received the amazing news that the NHS agreed to fund the operation but due to post code lottery the intensive physio aftercare is down to us

Maximus attends Kids physio works in Colchester on a weekly basis and has great rapport with his physiotherapist Andy. I would recommend them to anyone in need in Anglia

We are hoping to get Maximus as much support as possible to enable him to lead an independent life and be able to walk unaided.