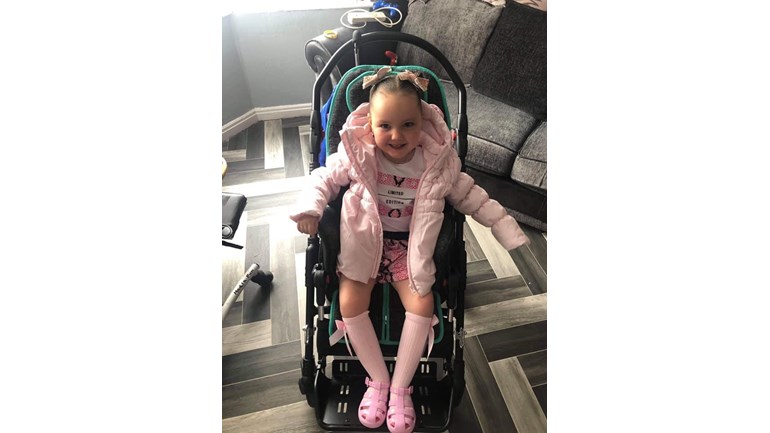 Matilda is 5 years old little girl and was born with a rare genetic condition called Hypomyelination with atrophy of the basal ganglia and cerebellum, also called H-ABC, is a rare genetic disorder that progressively damages the nervous system. It specifically targets two parts of the brain: the basal ganglia and the cerebellum, which control the body’s movements with Matildas disabilities it limits us on going out as a family and spending time together Matildas condition is progressive an we would like to make lots of happy memories together as a family we are asking for help to fund a sensory garden and hydro pool for matilda as she suffers from muscle spasms so this would just be amazing for her we understand that not everybody is in a position to help but even a share would be so much appreciated as we will be raising awareness of matildas condition that only effects just over 100 people in the world thankyou so much for taking the time to read 💕💕