Mason, you are our favorite hero! Best wishes and big hugs from your Spanish friends! (Dario and Jose Manuel)

Still hoping and praying for you X

Good luck with your treatment Mason

On behalf of Steve Tracy, wildlife photographer. Commission for reference photo for oil painting. Thanks Steve.

Praying for you and your family and keep strong 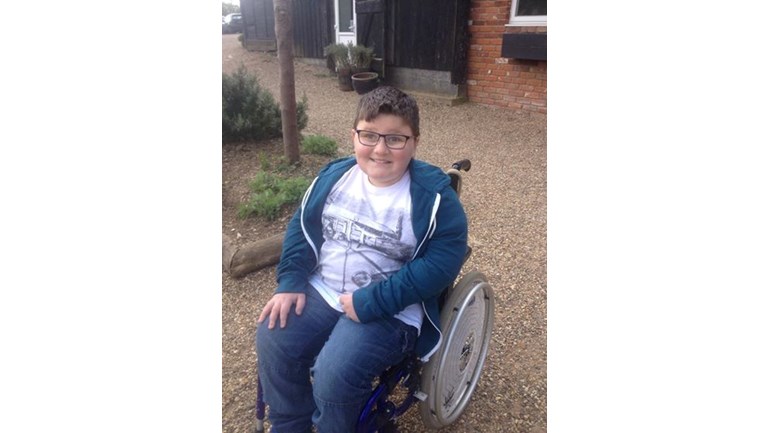 Thanks for taking the time to visit my Justgiving page

Mason is 10 years old and has been fighting a Brain Tumour for 4 years since he was diagnosed on April 13th 2010.  He has spent his childhood fighting the tumour and had a course of intense chemotherapy.  This proved unsuccessful as the tumour grew again.  Unfortunately it grew so much that he needed major surgery in July 2012.   The tumour could not be fully removed as this would compromise his eyesight which he only has in one eye.  The tumour remained stable for one year.  However in August 2013 a MRI showed  it was now active and in one month had grown bigger than ever.  Mason then went for more major surgery resulting in being placed in ICU after suffering numerous seizures and being put on life support.   After the surgery we followed up with 52 weeks of chemotherapy which has kept the tumour stable but has not been successful at reducing its size.   Mason's next MRI is November 24th.  After numerous meeting with Addenbrookes Mason's only and last option is Proton Therapy in USA.  In preparation for the news that the tumour is active again we need to start fundraising for Tree of Hope to make Proton Therapy a reality.  We are so grateful for the opportunity of Mason being considered for Proton.   If Masons referral is successful then we as a family will have to relocate to USA for a minimum of 8 weeks, the NHS will fund the Proton Therapy but we must find what they do not fund, living expenses, flights for rest of family, etc.   Should we exceed the target amount or if we do not raise enough funds, or if they cannot be used for any other reason, the funds raised will go to the general funds of Tree of Hope to assist other sick children.  We are so grateful to everyone that has supported Mason and us as a family for the last four years, as many of you know we set up Masons Magic giving treats to children with Brain Tumours but now it's Mason that needs help and we need to put him first.   Thanks for reading and supporting us.

Hope you understand this and please support