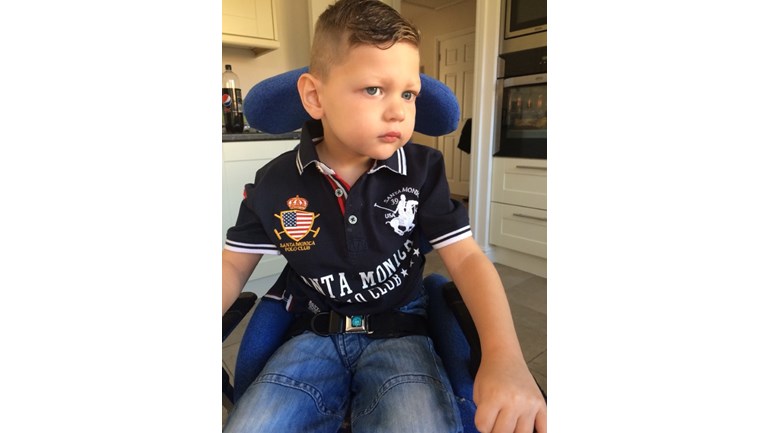 Mason has been through a lot in his short life. He was seriously Ill from two days old, he had uncontrollable seizures for 5 days the doctors had him under such a high does of sedation in the end they feared he would need life support. Thankfully mason is such a strong little boy he pulled through and started to come around at two weeks old. He started feeding well and then he was allowed home a week later.

Mason had many follow up appointments and MRI scans which showed he had brain damage mainly to the back of his brain which controls vision.

At 5 months old he was referred to the child development team which was then confirmed he had cerebral palsy and global development delay.

At 15 months old mason developed infantile spasms he was given a EEG and then it was confirmed that he had epilepsy.

Mason is now 6 years old he still can not walk or talk. He cant not eat or drink himself I live in hope that one day he may be able to do these things.

I'm trying to raise funds to buy much needed sensory equipment, ipad to help with his visual development and also extra therapy sessions to help Mason reach his potential.

Thank you for taking the time to visit my JustGiving page.