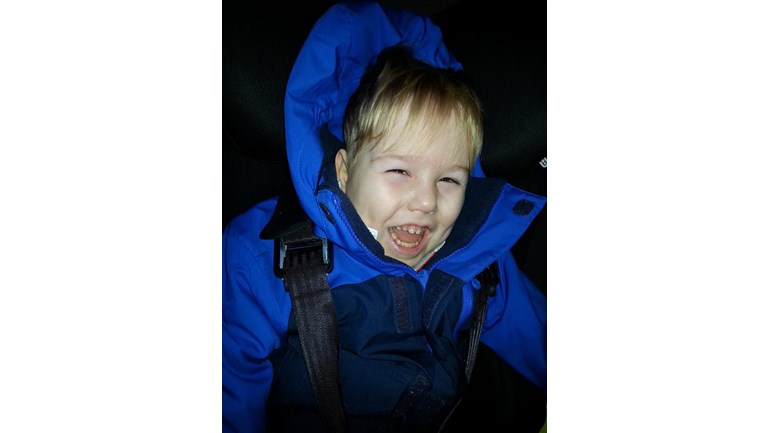 Marten was born in December 2010. The day before his first birthday his parents were told that he had Cerebral Palsy - and that it would be severe! By that time Marten had spent 6 months in hospital, had endured heart surgery, laser surgery to save his eyesight, and his lungs had collapsed, twice.

Finally discharged from hospital in May 2011, his lungs were so weak that he required additional oxygen - 24 hours a day. He had a daily cocktail of drugs that would have choked a horse. The doctors said he was lactose intolerant and couldn't have milk. At 7 months of age his mum and dad were told he was profoundly deaf. He couldn't speak either.

As Marten grew, his bones started to twist and his muscles became very tight and spastic - life was becoming very painful for Marten. He couldn't sit, or stand, or walk, or even hold his head up. Jerky, involuntary movements travelled through his whole body; he would arch his back and thrust his head back, he developed scoliosis in his spine and his hips were starting to come out of their sockets. His future looked bleak indeed!

Thankfully, his parents discovered a wonderful therapy called ABR, it wasn't available in this country and wasn't available through the NHS. Since starting ABR Marten has made tremendous progress. He came off additional oxygen after 5 weeks; was free of all drugs after 3 months; his deformed bones slowly started to go back into place, and the painful spastic contractions stopped - he was no longer in pain!

So why do we need your help? Simple - that was the easy bit. We are now engaged in the long struggle to bit by bit, piece by piece, cell by cell build Marten up. He gets stronger every day but still has a long way to go - it will take years before he develops many of the functions that parents of a healthy child take for granted.

Our aim, our dream, is to get Marten onto his feet - but for that we need your continuing help and support!

For more information on Marten's treatment go to: www.abrscotland.com