Thank you for our delicious dinner !

With each step there will be someone there to support you, all the best for what the future holds

Thinking of you all.

With lots of love From Tilly from her sponsorship for the walk. x

Best of luck with the fund raising.

I am sponsoring my lovely nieces, Laura and Ruby Spriggs, to do a walk to raise money for Maeve's operation. I wish Maeve and the family all the very best with everything :) 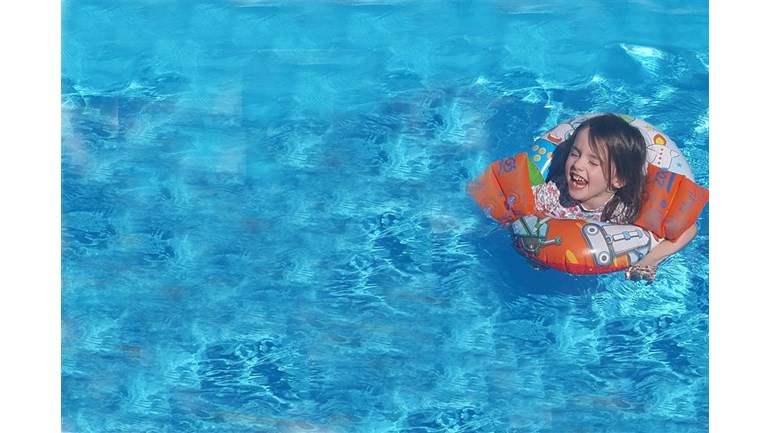 After just over a year of fundraising, we have beaten our original target of £45,000 and raised £60,000! This means Maeve will be able to access all the physio and related specialist equipment she needs in order to give her the best chance of gaining physical independence after her selective dorsal rhizotomy (SDR) operation in the summer.

Maeve was born on 19 August, 2013, two months prematurely. Because of this she has cerebral palsy, which in her case means she can’t stand unsupported and relies on a walker and wheelchair to get around. She is due to undergo SDR at Great Ormond Street Hospital, a procedure that permanently removes spasticity and reduces the associated pain and joint deformity that accompany it. SDR requires a three year rehabilitation period; when Maeve wakes up post operation she won’t be able to do any of the things she can do now. Typically it needs three months of intensive physio to get back to your starting point and after that, with lots of hard work and patience, improvements start to be seen. It’s going to be tough, but so is she.

The operation, as well as some post-operative physio, very recently became available on the NHS, which is a very welcome development! However to provide the physio, orthotics and specialist equipment to prepare Maeve ahead of surgery and to provide the optimum level of support afterwards will still cost a lot of money. That’s why in September 2017 we launched Maeve’s Magical Journey, a fundraising campaign under the umbrella of the Tree of Hope charity. Thanks to the huge generosity of countless family and friends as well as many other kind people who got to know about the campaign, we have beaten our fundraising target.

The campaign has been a real education for all of us. It has helped us to talk openly about Maeve’s condition, hopefully giving people an insight into the challenges she faces day to day. The support we’ve received from so many, including but not limited to our local community, has been incredible. People’s kindness and generosity, not just in financial terms but also in giving selflessly of their time in order to help Maeve, have been genuinely astonishing and so moving to witness. We are so grateful.

In order to keep her many supporters informed of Maeve’s progress we will continue to provide updates at www.facebook.com/MaevesMagicalJourney so you can follow Maeve as her Magical Journey goes on.

“I want to walk!” is something our daughter Maeve says quite often. When she says it, she means she wants one of us to take her by the hands and help her walk or, even better, jump. Because she can’t stand unsupported, or walk, let alone jump, on her own. But we’re hopeful that one day that will change.

Maeve was born on 19 August, 2013, two months before her due date. Weighing just 3lbs 13 and three quarter ounces, her unexpected arrival meant she had to spend 3 weeks in the Special Care Baby Unit. Looking at this tiny little girl in a plastic box, surrounded by wires and machinery, was a very anxious time and that daunting, exciting feeling of bringing our newborn home for the first time was magnified by our being so
relieved Maeve had made it at all.

Fast forward to around nine months and it became apparent Maeve wasn’t hitting some developmental milestones, most noticeably she couldn’t sit up unsupported. Maeve had an MRI scan that revealed
brain damage leading to a diagnosis of cerebral palsy.

For any family, having a disabled child isn’t something you expect. The news is pretty devastating initially and there comes with it great worry for the future. Simple things, previously taken for granted with Maeve’s older brother, like using public transport, going to a child's party or visiting the playground, become daunting challenges. It necessitates a change in perspective and makes apparent the daily struggles many people face.

But it’s Maeve who has taught us to cope through these challenges. She has shown great courage in engaging with the many and increasingly difficult challenges she is set, always displaying her wicked sense of humour.

And her hard work has paid off. She’s made amazing progress so far – with the help of her Kaye walker she can get around, provided surfaces are relatively flat and smooth. She also uses a specialist trike and a wheelchair for longer distances. She is learning how to walk with
sticks, which will allow her to access places she can’t currently get to with her walker and she has taken some wobbly but independent steps with her physio. It’s all a big challenge and leaves her very tired.

But we don’t want Maeve to have to rely on a wheelchair – there’s a spinal operation called Selective Dorsal Rhizotomy (SDR) that could give her the best chance of walking on her own. SDR permanently removes spasticity and the associated pain and joint deformity that accompany it, but it requires a three year rehabilitation period. During that time Maeve will need to undertake an intensive physio regime as she re-learns how to move. The procedure, as well as some post-operative physio, very recently became available on the NHS, but to prepare Maeve for the operation and to provide the optimum level of support afterwards will cost a lot of money. Which is why we’re asking for help through Tree of Hope fundraising.

The decision to put Maeve forward for surgery is one we’ve wrestled with for a long time. We don’t know what the future holds for her - all we can do is take it step by step and offer her every opportunity to fulfil her potential to the maximum. And we’re very hopeful about that.