This May Louis’, of ‘Louis Loves Life’, newly adapted home was finally complete!

The Kent based family have been fundraising with Tree of Hope since 2014 for various home adaptations, equipment and therapy for Louis. After arriving seven weeks early, now six year old Louis suffered brain damage at birth. Consequently, he was later diagnosed with quadriplegic cerebral palsy meaning that all four of Louis’ limbs were affected. Louis could not sit up, walk or talk and has to be fed by a gastrostomy.

Louis Loves Life- How did it happen?

Louis’ family, friends and amazing local community came together and created Louis Loves Life campaign. They fundraised for Louis so that he could stay healthy, develop and increase his independence. After years of fundraising including quiz nights, physical challenges, local school enterprises and much more, Louis has now been able to have his much needed home adaptations.

As Louis gets older it only becomes harder for his family to get him around the house and mobile. However, there has now been a specially adapted lift installed that goes from the families downstairs kitchen straight into his bedroom for ease, plus two hoists, one that enables him to move more freely around the downstairs living space and another in his bedroom that can move freely into his bathroom and over the specially adapted bath. As a result of these adaptations will enable to Louis become more involved and mobile in family life and allow his family to care for him with much more ease.

Tree of Hope are so proud to have supported Louis and his family in their fundraising journey and get them the vital equipment and therapy Louis needs. If you would like to talk to someone about starting your fundraising campaign, please contact us on 01892 535525 or esquire here. 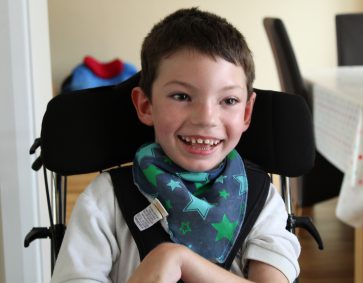 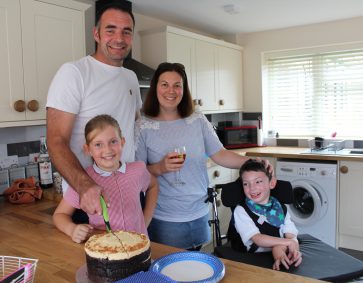 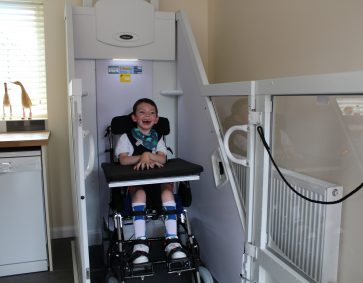 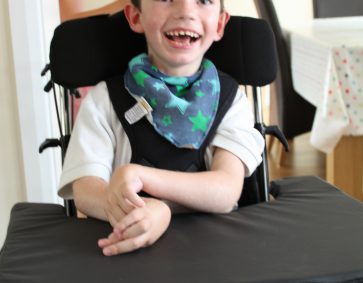 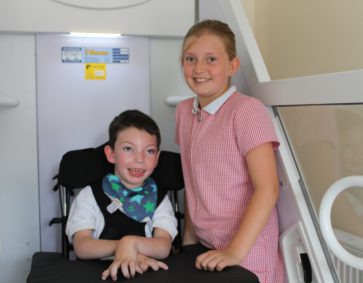 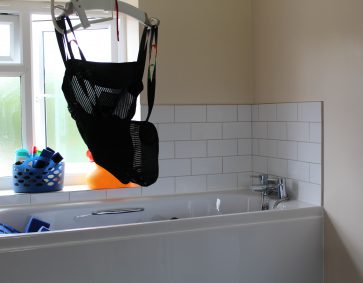 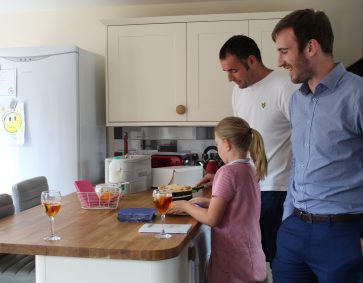