Good luck with your fundraising for such a worthwhile cause!

Donator left no message.
£200 from Eurocables 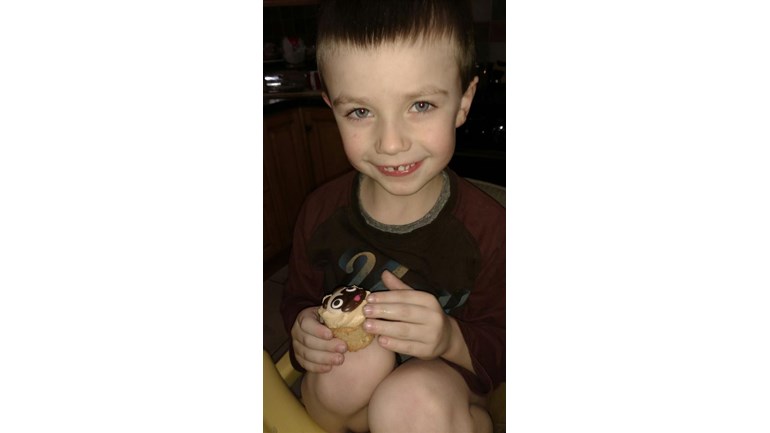 Lorcan is our 6 and 1/2 year old son who was born with severe learning difficulties and autism.  We knew very early there was something concerning with Lorcan as he never answered to his name or followed any commands. Even now it is difficult at times to know what is going on behind his huge smile 😁.   His brother Cormac often asks will he ever speak as he'd love to hear what his voice sounds like.  Recently we were introduced to ABA( applied behaviour analysis), which is a therapy used in America and parts of England.  This therapy involves Lorcan having intense one to one therapy at home to hopefully allow him to eventually communicate and reach his potential. It can be as much as £15 - £35/hr for therapy sessions as it is not provided or recognised in the north of ireland.  For many families this can be almost impossible to finance as they recommend at least ten hours a week.  We were then introduced to the ' Tree  of Hope' charity who supports families to fundraise. They then pay for treatment and therapy directly from money that is kindly donated.  When I had spoken to Brendan regards fundraising I said he may do something big!!  ' like run a marathon' and in his madness he agreed. Having started running in July and struggling with a mile.. it's now game on!! It is often said getting to the starting line of a marathon can be just as tough as getting to the finishing line!! ( That's my theory... Easy for me from the sideline 😁). We are so grateful for everyone's kindness and support, it's overwhelming!! Hopefully we will see great results from the therapy and Lorcan hopefully can tell us himself one day 😉😉

Ps. Please forgive Brendan if he collapses at mile 22...... 😁 We'll have a few on standby to carry him over the line.