All the best and keep smiling :)

All the best to little Lexi! 😉

All the best to you both xx

All the very best Lexi xx

Hope she reaches this target soon

Donator left no message.
£50 from Patrick(Grandpa) 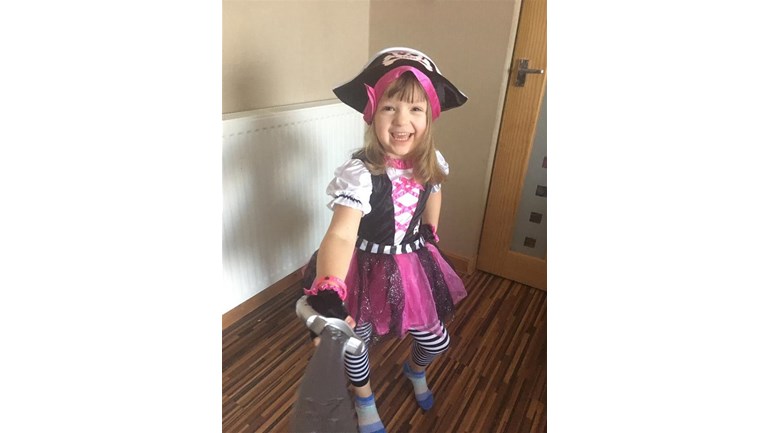 Lexi was diagnosed with Type 1 diabetes on the 3rd of January 2017 at the age of four. This has been caused by an autoimmune condition in which her body has attacked her pancreas and it no longer works as it should to produce insulin.

Lexi has had to adapt to so much, Including her insulin pump. I am so proud to say that she has been so brave and faced everything with a smile on her face.

She is however finding the constant finger pricks to be causing her little fingers to become sore and bruised. Especially while playing with her friends or at her recently joined dance class in which her levels need to be monitored more closely as she is using more energy at these times.

She has voiced being fed up of being taken away for short periods to check her levels as she has 'had enough of having diabetes'. Unfortunately this is a life long condition that there is no cure for, only management of it.

We are hoping to raise funds to help support her with a continuous glucose monitor - often referred to as a CGM. This uses a sensor with a small flexible wire under the skin to read her glucose levels constantly, a transmitter is attached and the readings are transferred to a receiver via Bluetooth. This can then be shared to other phones so her glucose levels can be monitored 24/7.

This would reduce the number of finger pricks carried out per day, with only a calibration required every 12 hours. While doing activities and playing with her friends she would only need to be interrupted if the readings suggested her levels were too low rather than taking her away just to check these levels. We are hoping this will make her feel more like her old 'normal' self and like every other child getting to play care free.

The benefits would be huge as alarms can be set if she were to take a 'hypo' during the night rather than night time testing being carried out while she's sleeping.

Obviously, these are not funded by the NHS and the cost will be continuous as the sensors are to be changed every 7 days and the transmitter has a battery life of 3 months, when it then needs to be replaced.

Any small contribution would be massively appreciated and I thank you for taking the time to read all of this!

*7.5% of all donations to Tree of Hope in relation to this appeal will be allocated to the general charitable purposes of Tree of Hope to cover our core operating costs.