Best wishes Chloe and all the family. Sorry I didn't make your Halloween fundraiser but I wanted to make a donation. Ali xxxx

Good Luck Nicki! hope it goes well and you get to the finish line safe and sound!! :)

Good luck with the run xx 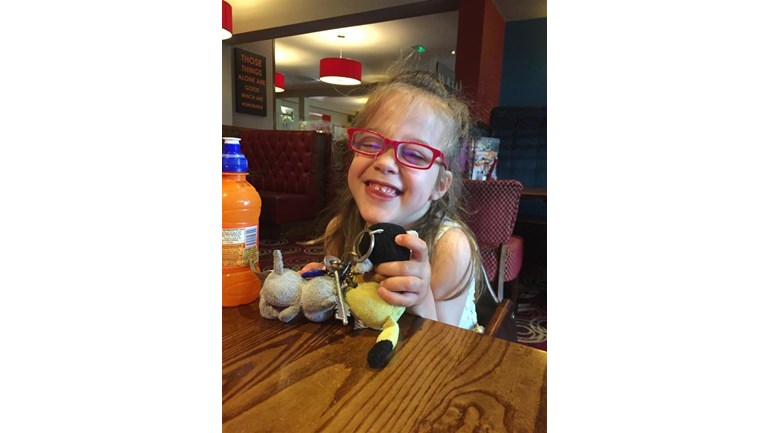 At 27 weeks the last thing I expected was to go into labour so when I did it was as if my world had ended....
After almost a week in hospital our little fighter Chloe Elizabeth Naismith was born weighing a hefty 2lb 11 oz, after some huge ups and downs battling infections etc we were some 8 weeks later released home :) we thought the battle was over we finally thought we could start being a normal happy family .....
A few months passed and then we were hit by the devastating news that our beautiful little fighter had spastic quadriplegic cerebral palsy (stiffness of all limbs) with a floppy head and trunk to boot.
The NHS have been fantastic and the local teams that work with Chloe are also fantastic what equipment we cannot source through the NHS we have gone through charties such as newlife who funded Chloe's wheelchair and Cerebra who part funded her sensory lighting, Last year Chloe had a trike that was fundraiser for :)

I've set up this page to inform you of upcoming fund raisers and the total raised so far and to thank everyone who has helped us so far and kept me sane :)