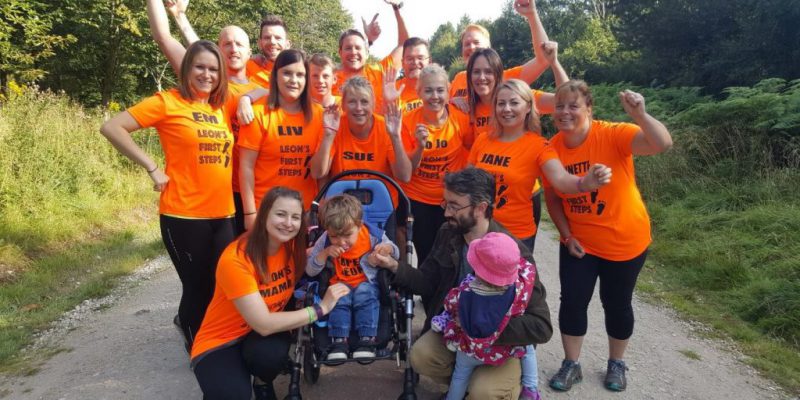 After Leon’s mother, Kasia, told her fitness group about Leon’s cerebral palsy, the Wolfpack took it apon themselves to raise funds for the campaign, totally over £8,500 in just three months and more events to come.

“Kasia, Leon’s mum has been coming to a fitness class myself and my husband Stuart organize and run a fitness class in Bilbrook and Compton, Wolverhampton for the last 3 years. Over the last 6 months as a group we have become closer and after completing an Inflatable Run we decided to take on a different challenge of The Wolf Run, to prove our fitness. Initially it was only 5 people who were definite to do the run and a possible few more.

We thought about raising money for the usual charities who do need the support until Kasia came up with the suggestion of us supporting her little boy Leon. It was the first we knew how poorly Leon was as Kasia had never really told anyone the severity of his condition. She stood up in front of the class and told us everything. Everyone in the room was touched so much so we went from 5 people definitely taking on the Wolf Run challenge to 25 of us!!!!

This quickly escalated from a 10k Wolf Run to the whole pack wanting to do as much for this little boy and his family as we could. So we have set about organising more events!

26th August / 27th August 2017 Three of the pack completed the Three Peaks Challenge over a 24 hour period. Not one of these had ever mountain walked/climbed let alone completed all three peaks in 24 hours. This was a massive test for these guys of their endurance and abilities and they raised over £5,000! (Pictured below, Kevin Quirke, Shane Weaver and Adam Willis) 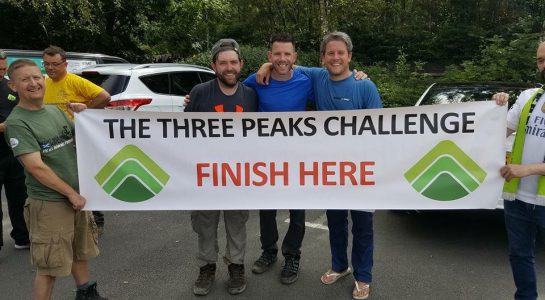 26th August 2017 A family music festival called George Fest was held at The Claregate Pub, Wolverhampton on the 26th August 2017. This had been organised by Matt Brunsden of the “wolf pack team” and there was live music, face painting, bouncy castles, a raffle and much more. The sun was shining, the crowd were amazing and they raised over £1,000! 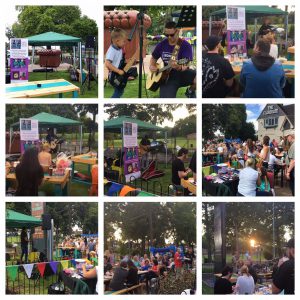 27th August 2017 there was a Help Leon Walk family fun day at Pennfields Bowling Club, Wolverhampton on the 26th August 2017. This had been organised by Adam Dolan also part of the wolf pack team and again there was live music, face painting, bouncy castles, a raffle and much more. They raised over £500 including a generous donation by the members of Pennfields Bowling Club who handed over their funds from that days events once they heard our event was for charity too! 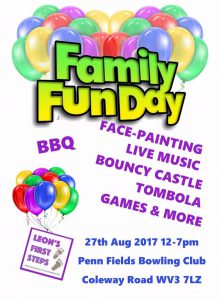 On the 3rd September 2017 me and 24 of my friends will be taking part in the Wolf Run. We as a group are definitely not runners but this is a challenge that we can attempt, and complete together as a “pack”. 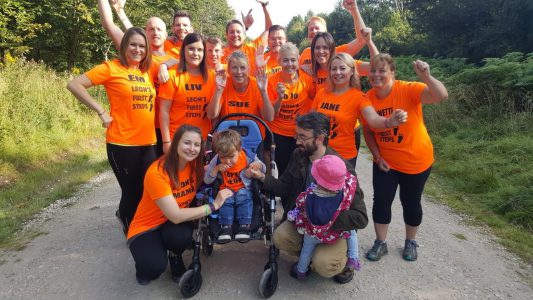 We have been training hard with the help of the group leader PC Stuart Westwood of West Midlands Police and his good friend Shane Wheaver to train us to run, work as a team, climb and clamber to get ready for what is for some of the hardest thing they will ever do and especially for Kasia, Leon’s mum who is a part of our pack. Kasia is the most positive person I have ever met, she is always happy and cheery and even on the worst of days she has she always joins us with a smile on her face and determination to push herself harder than ever.

There are many more events being organised by different team members in conjunction with other local business. Afternoon Tea, Quiz Night just to name two off the top of my head. We have a JustGiving page hoping to raise £2,000 set up which you can view here” -Emma Westwood and Super Leon

You can also follow Leon’s progress as he learns to stand and walk, and understand a little more about Cerebral Palsy along the way, please visit the Facebook page www.facebook.com/LeonsJourney/ ”

“I would like to thank Stu and Emma and everyone who has shown their support and helped us raise over £8,500 in just two months with many more events planned. We are completely overwhelmed by the support shown to us these past few months and during the whole of our fundraising campaign so far. Leon would also like to say a massive thank you!” – Kasia, Leon’s mum