Donator left no message.
£10 from Spunky

Carry on doing we right behind yous

All the best in your fund raiser 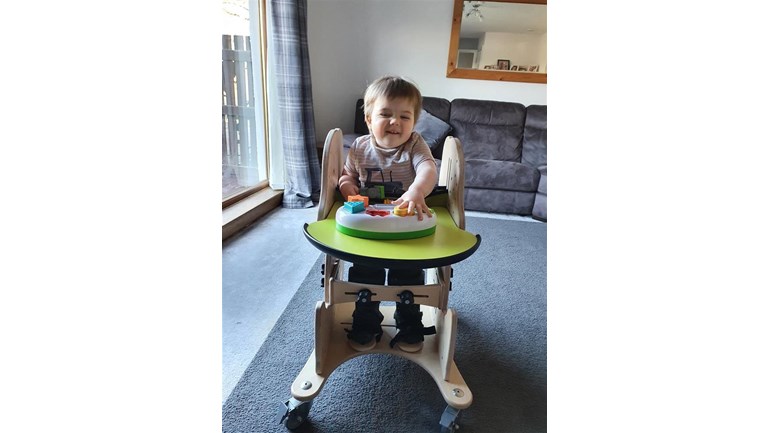 We have set up this just giving page to help us pay for Jackson to have private physiotherapy, including neuromuscular electrical stimulation, hydrotherapy, hippotherapy, and any other therapies that he will benefit from and any equipment he may need going forward.

Here’s his story! We fell pregnant in March 2020 and like any other couple we were over the moon. We had our first scan and everything looked great and we found out we were having a little boy! At our 20 week scan we were informed that Jackson had spina bifida myelomeningocele and fluid on the brain (hydrocephalus)

We were told that he would have severe bowel and bladder issues with little to no cognitive function and would most likely be wheelchair bound with no movement in his lower legs. At this point we were advised to terminate the pregnancy. This was devastating for us.

After speaking with professionals at the Sick kids childrens hospital in Edinburgh we went ahead with the pregnancy in hopes Jackson would have a chance at a normal childhood! Jackson was born 2 weeks early by cesarian section on the 16th of December 2020. At one day old had the major life saving surgery to put the spinal cord, exposed nerves and membrane back inside his back. Unfortunately the operation was not straight forward and his heart stopped and he had to be resuscitated. Only 4 weeks later the fluid on his brain became to much and he had to have emergency brain surgery to insert a VP shunt.

He is now a happy one year old but still has problems he deals with every day, he has catheters 6 times daily along with lifelong medications to help with the function of his bladder which will need to be monitored throughout his life.

These are his vital years while his muscles are growing, and his brain is developing.  He has not had the easiest start in life and he continues to battle through his condition daily and will battle his whole life but we hope to help him have the best chances possible.

The NHS doctors and specialist involved in Jackson's care have been wonderful and he would not be here without the care and support from them. But he needs more physiotherapy than can be offered and treatments not available on the nhs to fully reach his potential.

We want to give our son the best chance through private therapies. We appreciate anything that anyone can donate to give Jackson a better life.