Thank you so much to Mr Thresher for your generous donation towards our cause.

A final big thank you to all the staff and customers at Q.A hospital shop for donating your loose change

From everyone at The One Glove Company and Jamie Ashdown

£ (Private) from The One Glove Company / Jamie Ashdown 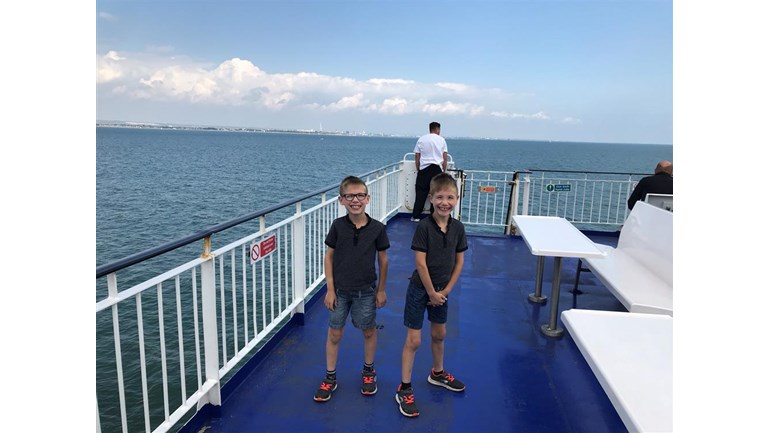 Jack and Charlie are twins who were born 8 weeks early at Winchester hospital on 13/07/10.

When they were delivered Jack was a forceps delivery and Charlie breech. Jack had trouble breathing when he was born which is when we thought the brain damage may have occured but we have been told it may have happened in the womb.

The 1st year was mostly about Charlie as had a hernia operation and discovered he has a hole in the heart (VSD) also had a hypospadias repair (penis operation).

When they were almost one it was noticed that Jack wasn't reaching his milestones like Charlie which ment he could not hold himself up, crawl, stand or sit unaided and was confirmed he had hypermobility which he started phsyio for.

It was only in May 2012 that he was diagnosed with spastic diplegic Cerebral Palsy.

He currently wears a lycra suit for his posture, splints to help with his balance, a walker to get around and most recently has started using sticks.

He can only walk short distances with his walker and will have a wheelchair for long distances.

Our specialist has advised Jack requires an operation called Selective Dorsal Rhizotomy (SDR) which will reduce the tightness and pain in his legs and give him the chance to walk unaided and pain free.

When we first started the fundraising nearly 3 years ago, St. Louis in America was the only option to have the operation. Since then the UK have started to perform the operation in 3 hospitals but still paying for it.

Due to family issues, some personal issues and being more practical we are in the process of speaking to Bristol Children's Hospital to see if it can be performed there.

We have so far had a chat with Bristol and will be going back on 8th May for a full assessment to see if it is possible.

On this basis we need to raise money for this operation, physio and any equipment he may require.

He is such a happy boy and to see him walk along side his twin would be one of the most amazing things.

Should we exceed the target amount (or if we do not raise enough funds, or if they cannot be used for any other reason) the funds raised will go to the general funds of Tree of Hope to assist other sick children