Hope you reach your target so you get the hlp, support and treatment needed x

I just read an article in the Daily Mail and learnt what an incredible little girl Harmonie - Rose is.

I am amazed at the article I read in the times today I tracked this down and donated What a brave girl!!!

With Very Best Wishes for a Happy and Fulfilling Life.

Beautiful and inspiring. Well done Harmonie you are wonderful.

Our family saw you on TV today, and think you are pretty amazing. All the best 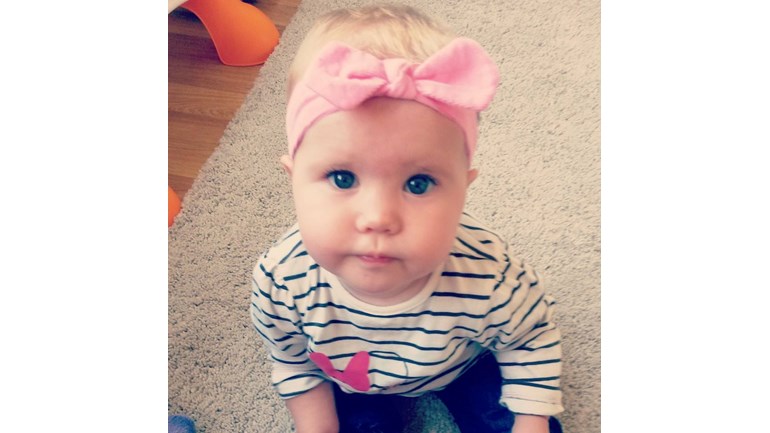 Freya and Ross first noticed something was wrong with their daughter Harmonie on Saturday, September 27th, after putting Harmonie-Rose in her cot at 7pm. At 10pm they heard her coughing and it sounded like she couldn’t breathe.

Harmonie-Rose was taken to the Royal United Hospital in Bath, and then seemed a little better. She was sent home, but the following morning her lips started to go blue and she was having convulsions. Doctors at the A & E department took her temperature and checked for a rash, but they couldn’t find one. Instead, Freya and Ross were sent home and given a pass to go straight to the children’s ward if Harmonie-Rose appeared ill again.

It was during Sunday lunch that Harmonie-Rose began to cry, and became floppy and very lethargic. She was taken straight to the children’s ward, where a rash appeared on her nose and she was rushed into the adult intensive care section. It was not like a normal rash, it’s like a bruise and it was growing fast all over her arms and her chest.

The doctors told Freya and Ross that Harmonie-Rose needed to be taken to the children’s hospital in Bristol. They didn’t know if she would survive the journey, but Bristol Children’s Hospital are a specialist centre and she would be better treated there. They had to risk the journey to Bristol. Freya was told her and Ross should not get in the ambulance so that the doctors could focus on all of Harmonie's needs.

At the RUH intensive care they could not stabilise her. The decision was taken to get Harmonie into the ambulance with a team sent from Bristol and then she was gone. Freya and Ross followed in their car. When they arrived at Bristol, Harmonie-Rose’s legs and arms had turned black. Consultants at the hospital said it was one of the worst rashes they had seen.

The first day Harmonie-Rose was in hospital consultants gave her a 10 per cent chance of survival, and it was suggested that we have her baptised. As the days passed the hope she would survive increased.

Harmonie is our little miracle, and fought so hard to stay here with her family. All being well she will survive but now faces a quadruple amputation. Life for Harmonie will be very different and our whole community are working very hard to provide her with the life she fought so hard to have.

The money we are hoping to raise for Tree of Hope is for Harmonie-Rose’s future rehabilitation. This will include for example hydro therapy, physiotherapy and good quality prosthetic limbs.

Please help us, by donating and fundraising to give Harmonie the active life every child deserves.

We thank you from the bottom of our hearts