Donator left no message.
£10 from KATHRYN

Lots of love to little Ellsa

For a special wee woman in lieu of Christmas cards this year. Much love to you all.

Hi Ellsa, in lieu of traditional favours on our wedding day we decided to thank our guests in a special way... we hope this money will help you on your journey. Lots of Love, Paul & Aine

I had the pleasure of meeting this wee lady today in Ards after she visited santa, i also got to give her a wee kis. She is so beautiful and I just hope her wee live improves.

Donated before but after seeing Ellsa with her parents in Belfast, l wanted to again to help such a beautiful little girl. Truly touches my ♡. Wishing you all a Merry Christmas & Happy New Year xo 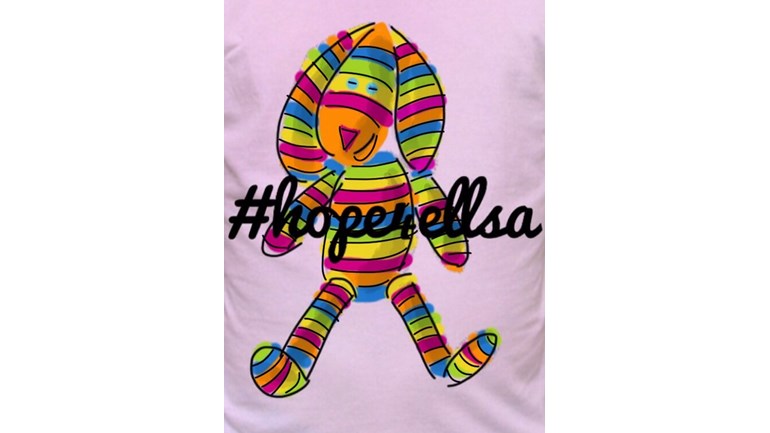 My Daughter Ellsa Margaret Nicola Alexander-Adams was born at 20:30 on the 7thApril 2014. She was everything we had expected, dreamt about and hoped for. She weighed a hefty 8lbs 5oz and came out kicking and screaming,much to the delight of my fiancee Leanne and I.

The pregnancy had been hard for Leanne, a lot of sickness, restlessness and all the other negative things that come with being pregnant, but she soldiered on knowing how much it would be worth it. We spent the 40 weeks planning our daughter’s life as most parents to be do, hobbies, schools, boyfriends (I was very against this!) and speculating how she would look, walk, and talk as she grew up with us and our family. The 4th child and sister to Lola, Milo and Jonah, Ellsa was the final piece of our puzzle.

We spent the first 7 weeks doting over her, dressing her in little pink outfits, smothering her with kisses and showing her off to family and friends. It was heaven, we were complete but hen the ‘episodes’ started.

We didn’t have a clue what they were. We took her immediately to the hospital and were kept overnight to observe her. The conclusion, after no blood tests or any medical investigation, was a milk allergy! The pediatrician sent us away with a soya protein formula and the assurance there was nothing untoward with our daughter. Relief! The hospital had arranged us to visit ‘Rapid Response Unit’ as an outpatient 2 weeks later.

2 Weeks later we arrived at the hospital, Ellsa still having the ‘episodes’ that the pediatrician had told us were more than likely as a result of pain in her gut, and us still believing that she had a milk allergy. The doctor in rapid response, did some bloods, examined her, and proclaimed,”She examines beautifully.” She concluded that Ellsa was also suffering from bad reflux. Again, we trusted their diagnosis and left with our daughter.

It was Friday the 13th, of all days eh! I was working from home, laptop on my lap, phone in hand and Ellsa laid beside me. She took an ‘episode’ that I luckily caught on camera. It was the first time we had. I called Leanne, we didn’t know what to do and through the power of social media after uploading the video we rushed Ellsa to the Royal Hospital in Belfast. Needless to say this wasn’t the hospital we had attended previously.

We showed the video to the nurses in A&E and instantly we were admitted to the ward. When we first got to the hospital after a few days of investigation the doctors and consultants advised us that Ellsa was showing a focal epilepsy in her right occipital lobe with a few spikes in other areas. However, we were told that these spikes were nothing to worry about. We were upbeat, although Ellsa wasn’t fixing and following with her eyes or steadily holding her head we thought this would come as we controlled the seizures, and we were being advised this would be the case.

6 weeks later however this still wasn’t the case. Our daughter hadn’t been responding to anything and was still showing no real signs of development, and to make things worse she seemed to be deteriorating before our eyes.

We were dejected, exhausted and close to breaking. We spend the day counting our daughters seizures and watching her drowsily stir in a drugged hazed consciousness, attempting to make developmental progress. None of this made sense. Surely there was a better way to manage her condition. Surely!

13 months after all this started, our worst fear were realised. Ellsa had been diagnosed with a rare genetic disorder named CDKL5. This disorder would steal any future we had hoped for our little girl. With it came multiple daily seizures, sometimes over 100, Global development delay, unsafe swallow, CVI and many other issues with gastrointestinal functions.

We now aim to give Ellsa the best we can. We fundraise to put her through the most effective therapies we can find, to buy her the necessary pieces of equipment, and to make her safe in her home whilst undergoing care from others. Also when needed and where necessary we need to make adaptations to the home to make caring for her safer and easier for her and us. We want to use the money raised to build and develop a sensory garden for Ellsa at our home as she has no safe outside area where we can bring her.

We can’t thank you enough for you generosity, not only in the financial support that you may display but also in the kind words and support we have seen over the last few months. You have helped Leanne and I lift our spirits with all of this.