God bless you. Thank God for your baby boys Recovery. Have a blessed Day.

To Tyler love from nanny. In lieu of sending Christmas cards.

To infinity and beyond ;)

Good luck with the jump Lauren!! Hope Tyler gets all he needs. 👍

Poor wee man. Hope you get the help and support 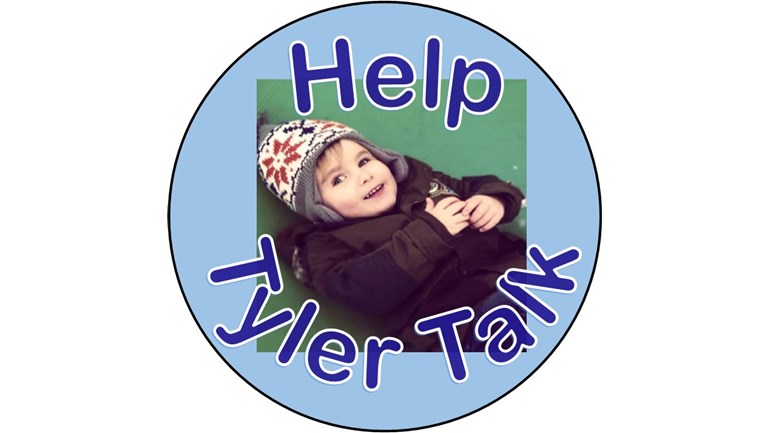 First of all let me thank you for taking the time to even click the link to open this page - it means a lot. But now you're here, you probably want to know why you're here.

Tyler has just turned 4 and has been officially diagnosed with Autism in November 2013.

Autism affects every child, and every family completely differently. Some children go their entire lives without speaking a word, whilst others don't know when to stop talking and repeat themselves over and over again. Some children are happier playing alone whilst others want to interact, but don't know how to appropriately so can lash out or be over friendly. The truth is, it's impossible to explain autism because it's a condition that affects more aspects of a person's life than I could ever put into words. The best I can do  is try to summarise how Autism affects Tyler and how, with your help, we are working to improve his quality of life.

Tyler was hitting all his milestones until he was 14 months old, then he went silent. Completely silent! He wouldn't even point to what he wanted, he just screamed or banged his head off the floor. Up to that point he had eaten so well, then he just stopped - he wouldn't tolerate food apart from sausages or cereal, then his obsession moved on to pasta, then toast and so on. Tyler was always a social little boy, then suddenly he went strange - he screamed at anyone who looked at him and I couldn't even leave the house. He was at a nursery, but his behaviour deteriorated so much that I had to withdraw him. Tyler was just miserable, so withdrawn and a shell of the little boy he once was.
I fought hard for help from the NHS, and after an 18 month battle Tyler was diagnosed with autism in November 2013. I thought I would receive more help; that once he had a diagnosis someone could start making things better. They didn't! I was just told this was his life and we had to get on with it. Tyler has had no active NHS intervention since before he was diagnosed. Thankfully, I found ABA - Applied Behaviour Analysis.
This is a scientifically proven intervention for Autism that has been developed, mostly in America, over the last 30 years. Basically it looks at why a child behaves a certain way and uses positive reinforcement to help change behaviours that need to be changed. By increasing a child's abilities and positive behaviours, you decrease negative behaviours like screaming, hitting etc. For most autistic children, it is scientifically proven to work, but it needs to be started as early as possible. However, our government refuses to fund it. Some local authorities in England, Scotland and Wales provide basic funding; the Republic of Ireland government funds programmes, but not the Northern Ireland Assembly.
I started Tyler's private programme in January of 2014 - he had no words and his development was assessed to be the same as 0-3 month old in most areas. He had major meltdowns, wouldn't eat and his sleep pattern was horrendous. A year later, with a lot of hard work, over £10,000 and a lot of effort from everyone involved, Tyler is now talking in basic sentences, his development in most areas has jumped by over 2 years and he is attending mainstream nursery with the help of a one to one assistant. Huge progess!
However, with autism the goalposts are constantly moving. Whilst Tyler can now talk, it is at the same level of a 2 year old. His level of understanding and concepts of the world around him are far behind that of his peers. Tyler is one of those kids that wants to interact and play with others, but doesn't have the social skills to do so. Tyler's sensory issues leave him struggling with being in a busy classroom, and he doesn't know how to communicate his feelings, which can make him lash out. Other kids notice, and it's heartbreaking to watch.
Tyler's condition is made even more complicated by his epilepsy. He has seizures in his sleep, can zone out at times and has now started having hallucinations. This can leave him tired, irritable and make his autism even worse. And as he still learning how to communicate, he can't let us know exactly how he is feeling - it's a constant guessing game.
Tyler copes so well with everything though. He's spent more time in hospitals, and had more tests in his 4 years than most of us will have in our lifetime, yet he takes it all in his stride. The effort he makes to do basic things like going to the shops or going out for dinner is so admirable. He tries so hard to overcome it all, but he needs help to learn and hopefully catch up. A monthly visit from his consultant costs £300, and every 3 hour session with his therapist costs £60 - it adds up very quickly, especially since he should be having between 9 and 12 hours therapy a week.

Asking for help is not always easy, but when it's a choice between your pride and your son's voice it's a no brainer. Any help I can get could literally be the difference between  whether or not Tyler will ever be able to talk properly and be able to function in society. Also, by raising awareness of Tyler's story, I hope to show how much ABA is needed here and how children with Autism are being done a great disservice by the health trusts and education boards in this country. Hopefully I can raise enough awareness and money to help other children like Tyler who need ABA therapy, but are losing out on their voice purely because of money.