Wishing you all the best of luck🥰

Hoping this crowdfunding gives you a needed boost. All the very best from Calgary, Canada.

Keep on doing what you are doing, you are an inspiration Ruth xx

❤️❤️❤️ To a brave little one xx 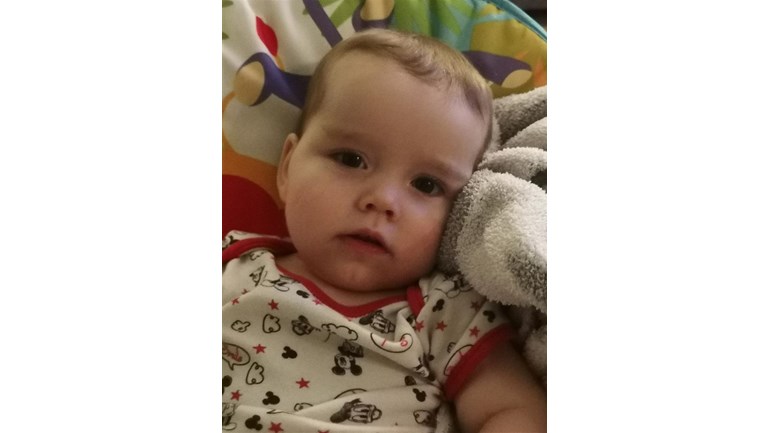 Hi I'm Ruth mum of Asher and Elodie. Asher is 16months old he was diagnosed last year with cdkl5 disorder. This is a mutation in the cdkl5 gene which helps tell the body how to create protein to make the brain work.

It's know for it's hard to control seizures and severe developmental delays. It occurs more is girls but the boys tend to be more effected than girls as it's in the X chromosome.

Asher started having seizures at 4/5 weeks old, we were told these were reflux not seizures. We were back and forth to the hospital and go. Finally at 11 weeks ,during a routine hip scan, we were admitted and headed over to Edinburgh sick kids for EEG and MRI .

MRI was clear and the EEG confirmed he was having seizures. We started on clobazam and soon headed home.

His seizures soon started to Increase again and at the next meeting with his epilepsy team the decided to add in keppra.

By this point i she been down so many rabbit holes trying to find some answers , how can I help out little boy.

Wasn't long before I came across CBD oil. Added myself to a support group had a look at other people experiences using it for their child. Also tried to educate myself on how it works and is it something we want to try.

We start to see an increase in myoclonic jerks in Asher he would get distressed for hours non stole crying having little jerks ,at first we suspected infantile spasms but eegs ruled that out. Each increase in keppra were making them worse so we decided to pause and this is when we started the CBD oil.

With in a few weeks the myoclonics that were distressing him were gone and his tonics had reduced in frequency.

He was a smiley little boy, trying to roll over kicking Hsi legs and arms. His head control was getting stronger , he was behind his milestones but he was still coming on slowly.

Then the dreaded eye rolls started then the head drops .very subtle at first. Sent videos to his epilepsy nurse but she said it was visual an loss of muscle tone.

July we got the genetics results back and they told us they had a diagnosis for Asher and what it entailed. It's known to be drug resistant. Which means we could have tired every drug under the sun but it wouldn't help his seizures.

By August they had become more frequent, again more videos sent .after a week or 2 we got a call to say it looks like infantile spasms and we were going for an EEG.

I feel I knew this would happen at some point but always wished it wouldn't.

3 weeks on ACTH for the spasms but it didn't stop them.

Our next treatment was the keto diet Ive see that this is quite good for seizure but very strict.due to covid this wasn't classed as urgent so we had no idea when this treatment would start .

I'd come across but health and how that effects seizures and also bowel movements, Asher would go 4/5 days sometimes and I was told if that's normal for him then it's okay.

I got in touch with someone who works with parents who have a child or children with additional needs an we started out holistic journey.

Getting the poo moving was a huge step noticed a big different in his spasms we went for a good month where we saw hardly any then teething started again.

Asher is also visually impaired, most likely cvi as it's common in children with cdkl5. This is so difficult to navigate because his eyes are healthy but the brain doesn't understand what the eyes can see .

Asher isn't mobile and hasn't got great head control .we want to attend private physio session regularly to help this and to give him the best chance he can at a 'normal life' .

Ashers genetic disorders is life long. We would use the money to help with his CBD oil his suppliments and is physio and any equipment that he may need that cannot be provided by the NHS .

I've had to leave my work to become he's carer and it's been a challenging time for us a family. We hope that we or over the worst part of not knowing what we are dealing with.

Thank you for taking the time to read Asher's story even if you can't donate please share.

We have partnered with tree of hope so the money doesn't come directly to us they keep it and pay out as and when it's needed.