We are very happy to offer our support to help Helen.

Keep up the good work

Hi Helen. Hope you are enjoying your therapy - looks like a lot of fun.

Keep going beautiful girl. You, mummy and daddy are an inspiration to us all. 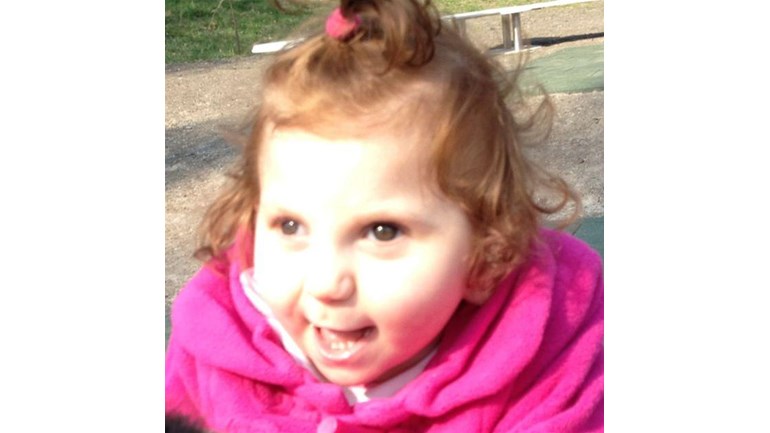 The Doctor's checked her over and although she had aslight heart murmur they said this was normal in small babies andthat if we wanted to we could take Helen home. As Helen is our first child we decided that Helen and Ania should stay in overnight, thiswas probably the best decision we could have made. During the nightHelen was unable to maintain her temperature and although theDoctor's were not unduly concerned she was placed on a heated mattress. However any time Helen was taken out of the mattress she would not maintain her temperature, blood tests also showed that Helen had a very low blood sugar level and she was immediately rushedto NICU. This was to be the start of the worst 3 weeks imaginable. Helen had to have her blood tested every two hours, she was on a heart monitor and was being tube fed through her nose. Her blood sugar at one point dropped so low that she was very close to dying. She had various tests during her stay, one of them being an MRI scan...

When we were taken into a small room with a Doctor and Nurse to be informed of Helen's MRI results we were left devastated, we were told that part of Helen's brain (the Corpus Callosum) was partially missing and despite this being quite common (one in ten people, the majority of which do not even know it is missing and lead normal lives) they could not predict the long term outcome for Helen.

However Helen is a fighter and the Doctors were surprised when she began drinking from a bottle and gaining weight and finally after 3 weeks we were told we could take our beautiful daughter home.

At that time all we could do was to surround her with as much love and care as she needed and pray for the best for her. After a few days being at home Helen gave us the most gorgeous smile and her first giggle when she was 3 months.

However it became clear after a few months Helen was missing milestones and she was delayed on every single level. At the age of 5 months Helen was still unable to hold her head up (due to her low muscle tone) or make any co-ordinated movements, she did not respond to objects and had difficulty feeding. Despite of all the exercises we were providing for her, Helen kept her hands closed very tightly all of the time. Additional reviews of her MRI scan have shown other parts of her brain are also partially absent, including one responsible for co-ordination. Helen's vision and head growth is also effected meaning she has microcephaly. One of the images on MRI scan showed that there is suggestion of Polimicrogyria.

Despite the various tests and research the Doctors are still unable to find an underlying cause, they feel she has a genetic syndrome but do not know which one. This is an ongoing issue.

On a daily basis Helen receives various therapies and goes to various classes. Also on two occasions we went to Poland to Filii centre for Children (http://filii.pl/) whereHelen received NDT Bobath Physio-therapy, Vojta Therapy, NeurologopediaTherapy, Vision therapy, Hand Therapy and Sensory Integration Therapy. After Helen attended Filii we noticed dramatic improvements in her motor skills. After the first occasion Helen's head control improved enormously so much that we didn't have to hold her head any more after the secondoccasion she was able maintain sitting position with minimum support and also began to reach for objects.

Helen receives NHS provided physiotherapy however thisis only once a month and is more to review how Ania is performing the physiotherapy rather than actually providing any.

Helen is now 19 months old, she has made lots of progress but her low muscle tone has impacted her upper body the most and she is unable to make co-ordinated movements, move herself into sitting position, eat food that's not fully blended. She is still unable to shake objects, clap, pull herself to sit or stand.In addition Helen doesn't make eye contact, has very limited communication and hand eye co-ordination. Despite all of this, Helen is a very happy child and her smile brightens even our most darkest days.

We have decided to set this web page to help our beautiful daughter by asking for your support. We would love to be able to take Helen to the Filii centre more regularly over a longer term (3 months) and to provide sensory equipment in our house to give Helen every chance to fulfil her potential.

We still do not know what the future will hold for Helen but we truly believe more regular stays in Filii will help Helen to develop basic skills and fulfil her potential.

We hope with the help of Tree of Hope we can raise enough funds to access this treatment and access specialised equipment which is not available through our local statutory services.

The funds raised will go to Tree of Hope to assist other sick children if we exceed the target amount or if we do not raise enough funds, or if they cannot be used for any other reason.