Wishing Harvey & family all the best!

Hey Harvey, my family, friends and I wish you all the best in your times ahead! x

Well done nevaeh Lewis age 6, for completing a sponsered spelling to raise money for Harvey's Dream. Thank you to all her sponsors x x x all the best to Harvey 💙💫🙏 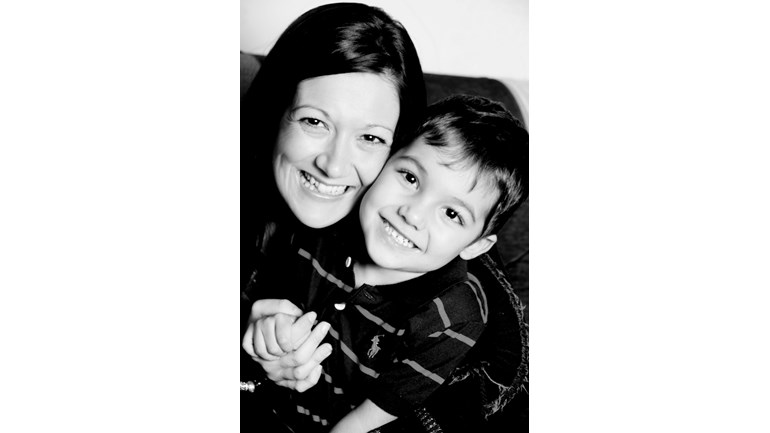 Harvey, living in Leatherhead was born at 37 weeks in March 2010. Due to unfortunate complications during delivery he didn't take his first breath until 20 minutes of age which resulted in severe brain damage and seizures.  We were told to prepare for the worst as the brain was so badly swollen and there was a chance Harvey would not survive.

That evening Harvey was transferred to a specialist hospital in London where he received cooling treatment.  A cooling suit was wrapped around Harvey and his body temperature was reduced.  Cooling newborn babies suffering from lack of oxygen significantly reduces further risk of brain damage.

4 years on we have a beautiful, happy, smiley boy who was diagnosed with Cerebral Palsy in October 2010.  This means Harvey is unable to have the independence he so desperately wants, he is unable to sit, stand or walk unaided due to his muscles being extremely tight.

Harvey is desperate to be on his feet. He is always smiling and has great determination but his physical restrictions can be very frustrating for him.  He would love to be able to join in and play with his two sisters and friends.  Our aim is to give Harvey the best possible chance in life.  Sadly there is no cure for Cerebral Palsy but there is hope !.

Harvey's dream and ours as a family is to raise funds for Tree of Hope enabling us to send Harvey to America to undergo surgery called 'Selective Dorsal Rhizotomy'.  The operation involves making a small incision in his lower back and testing the nerves individually by using electrical currents, which then show up which nerves are sending the faulty signals from the brain to his muscles causing his spasticity.  The faulty ones are then cut and the stiffness in his legs will be gone.  This would leave him pain free and with Physio, hard work and determination, Harvey's dream to walk can become a reality!.

Should we exceed the target amount or if we do not raise enough funds, or if they cannot be used for any other reason, the funds raised will go to the general funds of tree of hope to assist other sick children.

We can not do this alone and desperately need your help!. We would be forever grateful if you could make a donation.