A donation for a special girl

Good luck with your loom band challenge Nathan and Daniel! Hope you raise lots of money for Gracie! 💜

Good luck boys your loom band target is impressive. I hope you raise enough money for the operation xxxxx

£5 from Olivia Hemsworth & her family

For the start of Daniel & Nathans marathon loom making xx 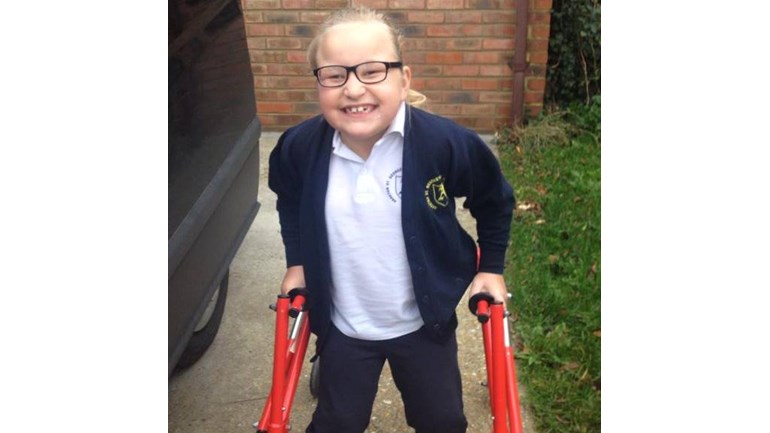 Gracie-may is now 9  years old she  suffers with cerebral palsy,  she is one of a twin and was born at 28 weeks gestation and has been fighting ever since, when grace was 3 years old we were told that she would never walk, crawl or do anything for herself after hearing this devastating news we were determined to find something that would change this prognosis.

In 2010 we were told about a life changing operation that was being done in America by Dr T S Park at St Louis Children's hospital called Selective Dorsal Rhizotomy this operation would give grace the chance of being more independent and could even allow her to walk.

After a huge fundraising campaign with the help of many many amazing people we raised the £40,000 that was needed to take grace for the operation in July 2010.

We then for the  second stage of her treatment and  raised a further £15,000 to take her back to st louis for  a further smaller operation in 2014 which has given grace a much better range in her feet and ankles and she is now walking better and has much more independence and confidence.

of course part of this massive journey is progress and we have to keep Gracie training and exercising all the time to make her better and maintain what we have achieved so far with this in mind her fundraising is now used for  her extra physiotherapy and strengthening  sessions and for any equipment she may need and any costs associated with this. We are also fundraising for a small garden building/summerhouse to house her equipment so she can use this all year round.

We are also always looking at way to make graces life easier and help her at home and school with equipment and due to this are looking to buy her a new Ipad Pro as due to the new size of this which is much better for graces limited fine motor skills and sight along with its new writing pen and many amazing features, it will enable grace to work better at school and home.

Donating through JustGiving is simple, fast and totally secure. Your details are safe with JustGiving – they’ll never sell them on or send unwanted emails. Once you donate, they’ll send your money directly to the charity and make sure Gift Aid is reclaimed on every eligible donation by a UK taxpayer. So it’s the most efficient way to donate.