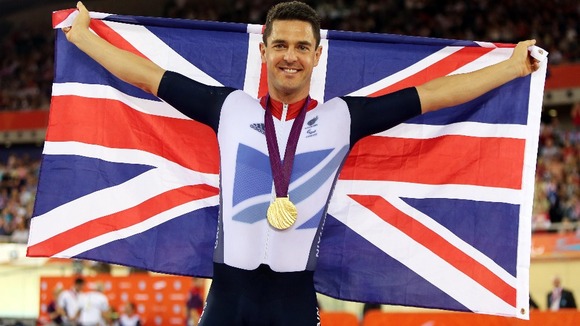 We are incredibly excited to announce that Mark Lee Colbourne MBE, the British Paralympic gold medalist cyclist, will be opening the Little Monsters Bash!

At the London Paralympic Games Mark scooped gold in the 3km pursuit, setting a Paralympics record at the same time.

42-year-old Mark dedicated his gold medal to his late father Cecil, who died earlier that year.

Mark didn’t know if he would ever walk again, let alone become a record-breaking sportsman, after a paragliding accident left him partially paralysed.

But the Tredegar rider has set the cycling world ablaze since arriving in the sport, claiming a World Championship title and world record in the build-up to the Games.

A post box has been painted gold in his honour in his home town.