Merry Christmas! Hope 2022 is kind and safe for you all xx

£10 from Kelly and Sarah Bardsley

Please find Easter donation, hope you are all well and staying safe...Have a wonderful Easter x

In lieu of the TV unit, lots of love from Nanny

Especially for Super Hero Lewis with loads of love

Just a donation for Lewis, hope you have a lovely Christmas xx

Merry Christmas Lewis, you're an inspiration.

Wishing you all a Merry Christmas 🎄 No Christmas cards for anyone again this year.. Stay Safe Dave

With love to Lewis. Superstar and amazing boy. 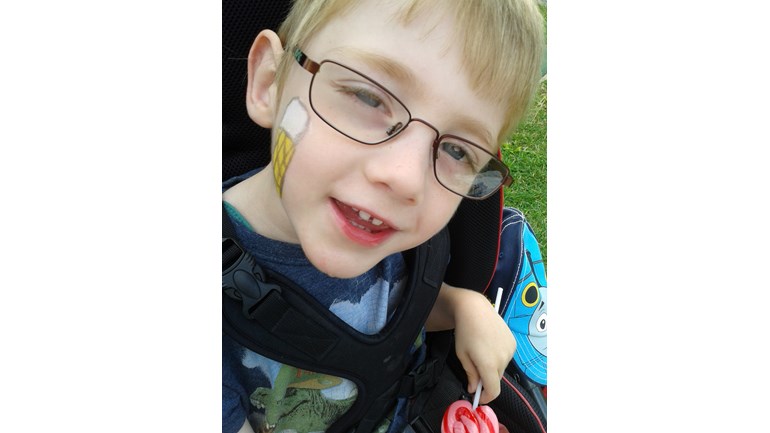 Lewis is a happy, chatty 5 year old who loves to play, especially with his Thomas trains. Lewis was born 10 weeks premature and spent 5 1/2 weeks in SCBU where he thrived. We brought our little boy home and all seemed fine until he began missing milestones like sitting and crawling. He was later diagnosed with Cerebral Palsy. This effects his movements in all four limbs. The muscles in his legs are tight and his trunk is weak. These combined are having an effect on his bones causing hip dislocation and scoliosis.

Lewis has made some good progress, he can now floor sit unsupported and has even began stepping in his kaye walker recently. However in order for Lewis to continue to progress and reach his full potential, Lewis needs an operation called Selective Dorsal Rhizotomy (which is not routinely funded on NHS) follwed by lots of intensive physiotherapy blocks at centres such as The Footsteps Centre in Oxford and SDR Fitness Wales and for Lewis to receive private physio at home. Lewis is determined and will put 100% effort in during therapy.

We also need to raise funds to provide therapy equipment and necessary equipment Lewis may need to carry out daily tasks.

Should we exceed the target amount or if we do not raise enough funds, or if they can not be used for any other reason, the fund raised will go to the general funds of Tree of Hope to assist other sick children.

Donating through JustGiving is simple, fast  and totally secure. Your details are safe with JustGiving – they’ll never sell them on or send unwanted emails. Once you donate, they’ll send your money directly to the charity. So it’s the most efficient way to donate – saving time and cutting costs for the charity.