Hoping you raise lots of money on 1st Feb. Looking forward to the event.

Donator left no message.
£20 from JG

love to you all katherine xx

Darling Daisy - my Christmas donation could go to anyone better. Love you loads xxxx

I know it's not much but if I could help more I would belated Christmas wishes.

This donation is from the 1st Westerfield Scout Group's annual carol service, with our love and best wishes.

Daisy's wish for a better future via private Physio therapy 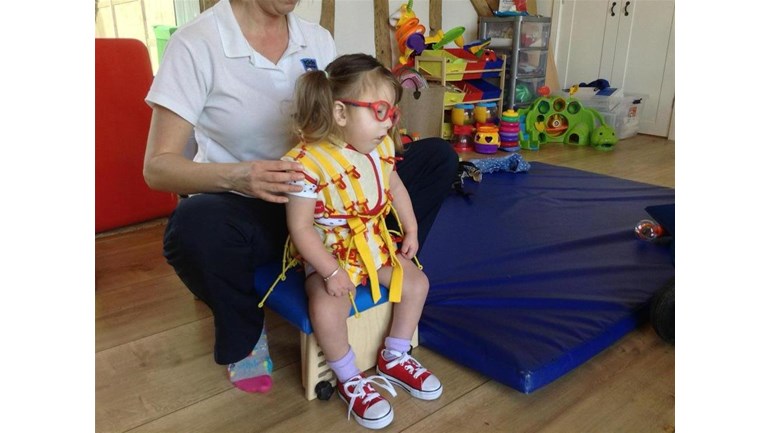 Daisy requires physio for a number of reasons and as great as nhs Physio is, they are overworked and do not have the time to give daisy the intensive treatment she requires. She sees them every couple of months at the most.

Our goals are as follows are four fold as follows. Firstly, Daisy's cerebal palsy means that she will never walk or move properly unaided. This leads to many problems, including joint and muscle Issues. We do as much as we can to help her, including swimming, however she requires a lot more help!!! She is now developing scoliosis (curvature of the spine) and a displaced due to her inability to sit properly. With proper Physio we may be able to slow down the curvature and hopefully delay the need for spinal surgery.

Daisy is now under review for hip surgery which brings me onto my next point. Unfortunately Daisy's left hip is growing/moving out of place, her leg bone is no longer anywhere near her hip joint. We are having discussions with addenbrookes regarding surgery to repair the damage. We are also waiting for a referral to great ormond street as I would prefer the surgery to be done there.... There are a lot of factors leading up to the decision including anaesthetic and her respiratory issues (which will be included in my next point). At present her hip does not cause her pain but there is a possibility that it will as she grows. We have been told that of she has the surgery, the best rehabilitation for her will be hydrotherapy. This is not widely available on the nhs but with private Physio we could provide this for her weekly! Also as surgery will be a big risk to her it will be paramount that her body is in the strongest state possible for surgery and Physio pre op will help this.

Thirdly, due to numerous ventilations and respiratory difficulties, Daisy's lungs are not at all robust. She has daily chest Physio, nebulisers and tri-weekly antibiotics to help keep her chest clear and free from infection. With another surgery luming and a possible ventilation this could impact severely on her lungs. She currently has a special breathing machine at night (optiflow) to help her lungs work more efficiently because the last time she was ventilated it caused consolidation on her upper right lung which we are struggling to clear!! Unfortunately the nhs do not provide chest Physio assistance in the community so private Physio Post op would be a great help to us!

Fourthly, Daisy's Dystonia means she has fluctuating tone. This means she is sometimes very floppy (she has poor core strength and poor head control) and other times she can be extremely stiff and have spasms. This is not only uncomfortable for her at times but also makes general day to day activities very difficult. By strength inch her muscles we can help with these problems.

Daisy has had an initial Assessment at Kids Physio Works. It went amazingly! This clinic uses fantastic equipment such as a thera suit and spider therapy which helps children with brain injuries build muscle strength and become more functional. It is one of very few clinics on the uk offering this specialist equipment. They will also be trying Functional Stimulation Treatment amongst other things.

Should we exceed the target (or if we do not raise enough funds, or if they cannot be used for any other reason) the funds raised will go to the general funds of Tree of Hope to assist other sick children

So, as you can see Daisy is going to need a lot of support. Please give generously to Tree of Hope to give Daisy a better quality of life.

Thanks  for taking the time to visit my