For an amazing little girl!!

For a special little girl

From Adam, Janine and the kids :) x

Good luck with your target

For Chelsea. Love from the Henderson family.

The £50 is donated from Brading Methodist Church being raised through their weekly coffee mornings. God bless. 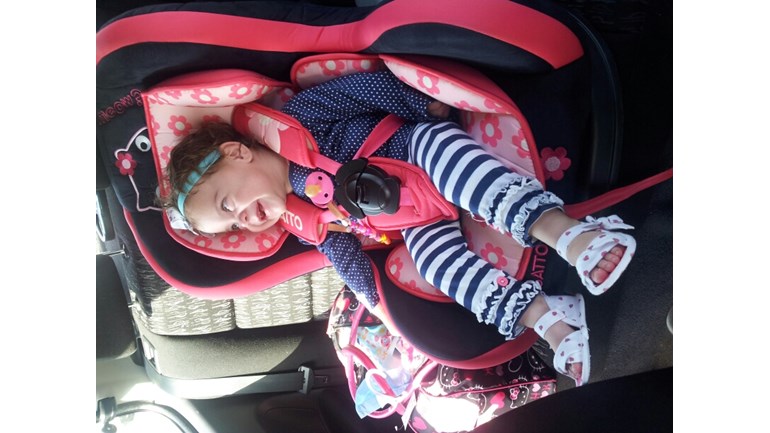 thank you for all your donations xx

Chelsea olivia turner was born 11 weeks early on 25/02/2012 weighing a tiny 2lbs12oz when chelsea was born she suffered 2 bilateral grade 4 IVH ( bleeds on her brain ) this has resulted in chelsea having exstensive brain damage which has shown on her MRI, because of these complications they have affected chelsea in lots of ways one is that she has faltering growth because chelsea cannot eat or drink orally she is feed for 20 hours a day via NG tube and pump soon will be having GJ button fitted (4th december) chelsea is now 9months old and only weighs 11lb14oz, chelsea also has evolving 4 limb cerebal palsy with muscle spasms which is very painful for her and requires her to have lots of physio, she also had an EEG which was abnormal, chelsea has lots of seizures due to epilepsy and then last of all chelsea has delayed visual maturation ( chelsea does not fix or follow ) chelsea cannot see due to the brain damage she has CVI (cortical visual imparement) , this is where chelsea's family decided to start chelsea's wishes because of chelsea's complex needs she is going to require lots of equipment and because of chelsea's size she doesnt fit into any of the hospital/physio's things, We would also like to create a sensory nursery for chelsea with lights sounds and things for her to touch we no chelsea reacts slightly to light so we want to try and help her to see more all this equipment we cannot afford on our own so we needs as much help as we can plz help this little princess have the best in life that we can give herxxx