“Jake was already very loved before he was born and we dreamed of the exciting future he would have. However, after a healthy pregnancy, within 24 hours of being born, Jake was fighting for his life in intensive care. He was in an induced coma because of uncontrollable fitting caused by meningitis. We didn’t know if our precious boy would survive. If he did, we knew that he would be profoundly disabled. However, Jake is a fighter, and won his battle with meningitis. But we still battle every day with the multiple disabilities the illness left Jake with.

Jake is 5 years old and has the severest form of quadriplegic cerebral palsy (CP) and has no independent movement at all. He also has uncontrolled epileptic seizures caused by the meningitis. Jake can’t walk, stand up, crawl, or eat by himself. Jake even needs help reaching for and holding toys. He needs physiotherapy daily and has specialised equipment including seating, standing frames and a sleeping system to prevent him forming spinal deformities as he’s growing. Jake is totally reliant on others for all of his needs, including toileting, playing and all the other daily tasks we all take for granted. Jake currently cannot talk but he tries so hard to!

Jake currently has between 10 – 50 seizures a day, and has missed about 50% of school this year because of these. This is such a shame as Jake is an inquisitive, happy, social boy who loves people and having fun.

Jake’s disability can be very difficult for him and us, but we are determined to have as many good and fun times as possible. We will not let Jake’s condition stop him from enjoying life to the full and we are determined that he should participate in as much as other children and families do! This is where we need your help!

We are fundraising for stem cell therapy, equipment and physiotherapy that could significantly change Jake’s quality of life for the better by helping improve his movement.

Jake’s epilepsy is very complex and within the last year he’s been admitted to hospital as an emergency over 20 times – we’ve lost count of the exact number of times. He is currently on two medications but the epilepsy is uncontrolled and he has between 10 – 50 seizures a day. We have tried several medications and each has different side effects.

Last year Jake was becoming increasingly tired and an EEG showed this was caused by sub-clinical seizures. These are almost constant seizures without the typical associated movements so are very difficult to distinguish from tiredness. Jake spent 17 days in hospital whilst he was given a cocktail of extra medications to try and break the seizure cycle.

Unfortunately during this time it became unsafe to feed Jake anymore, so he had to have a feeding tube fitted and now has nothing but specialist medical milk feeds. Feeding him anything else by mouth risks it going down the wrong way into his lungs and causing chest infections, or choking. Jake loved his food and looks on jealously whenever we eat, which is heartbreaking. Intensive facial physiotherapy will help Jake learn to eat again, but this is only available privately.

It is such a shame that Jake has missed so much school this year as he loves school and is a very social boy. Our very happy, inquisitive boy who is very nosy and loves to laugh and shout his vocalisations at friends and family, has become a boy who still wants to be happy but is as not engaged in life and his boisterous little sister as he used to be. He still has sub-clinical episodes, and we’ve been trialling additional medications to prevent these – with limited success. The side effects of the medication is that he gets even more tired, and cannot go to school. It is a vicious circle.

The amount of expensive, specialist equipment Jake needs to take part in day-to-day family activities can mean sometimes we are unable to do things other families take for granted. For example, going on the beach is near impossible without a specialist beach buggy only a few beaches have on loan. Staying over with friends and family or going on holiday is also very difficult without Jake’s special mattress, which is bulky and not easily transportable or a portable hoist to move him safely.

While Jake does have a severe disability and medical complications, Jake isn’t just his disability. He is a typical five year old boy. He really enjoys going to school, he loves films like Marvels ‘Avengers’, Pixar’s ‘Finding Nemo’ and ‘Cars’, and his face lights up when songs like ‘Move Like Jagger’ and ‘Happy’ by Pharrell Williams come on the radio. Jake’s also an outrageous flirt, who flutters his eyelids and has a wide smile for seemingly everyone he encounters!

Thank you for taking the time to read this. With your help, Jake will have the chance of a better future.”

If we can support you like we have supported Jake please call us on 01892 535525 today to talk with our families team – Jenny or Georgie. 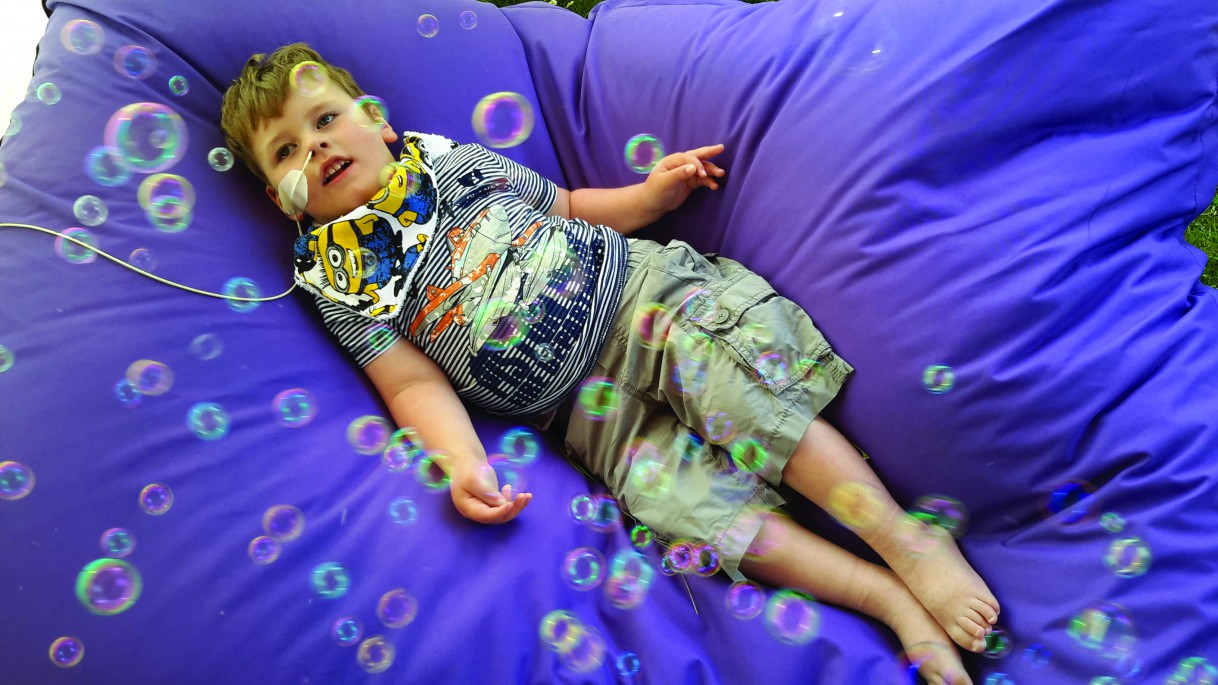