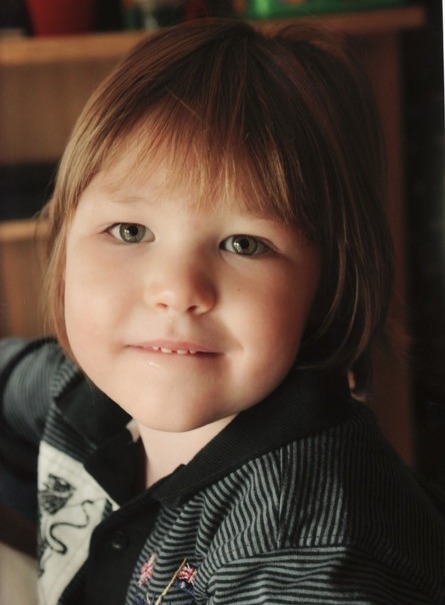 I am running the Cardiff Half Marathon to raise funds for Adam Bancroft. Adam is 6 years old and suffers from a number of problems; low muscle tone, epilepsy, mild to moderate hearing loss and severe learning difficulties. Until December 2009 they did not know what was causing Adams conditions but after genetic testing it has been confirmed that he has a very rare Chromosome 15 duplication disorder. He is one of only 7 children in the world with this diagnosis.

One of Adam’s symptoms is also a very low oxygen uptake in the blood. You and I should have approximately 97 to 99% of oxygen in our blood but Adam’s saturation levels have been recorded as low as 51% nearly a half less than he should have. This lack of oxygen is believed to have a profound effect on Adams quality of life. Without proper oxygenation his body does not restore itself and does not build muscles properly like yours or mine can. It also has a huge effect on his learning. He is not verbal and uses a special communication device to tell us his wants and needs.

He also has severe low muscle tone throughout his body which makes co-ordination and balance very difficult. His parents were told that Adam might never walk but through the constant input of physiotherapy and occupational therapy Adam can now walk a small distance.

To help Adam overcome these challenges he attends the Advance Centre in East Grinstead every 3 months.

This centre applies the Scotson Technique which is a deeply restorative rehabilitation therapy for all children and young adults with brain injury. The technique aims to provide a restorative pattern of developmental improvement by addressing core weaknesses within muscular tissues of the respiratory system which affect trunkal structure, metabolism and motor and cognitive function.

The focus is first upon weakness in the respiratory system and therefore low oxygen uptake, which is viewed as a serious barrier to the brain’s restorative potential.

Over time the results and increased oxygen provide the necessary enhanced foundation for the child’s more normal future development.

By enhancing Adam’s respiratory and circulatory systems, the Scotson Technique develops the potential of the brain to function.

His parents have seen a difference already; he is not as tired all the time and he is beginning to learn. Adam’s walking is stronger and he can sometimes walk unaided giving him a huge sense of independence. He loves it and he is so much happier since he started this therapy.

Each weekly therapy training course costs in excess of £1,000 including accommodation and hyperbaric oxygen therapy.

His parents have funded the first three sessions themselves but now need to fundraise to keep going.

I feel incredibly lucky to be a mother to a helthy six year old, with no health problems. More importantly, I am truly grateful to have met Adam’s mum Georgina, whilst our boys were at day nursery. She truly is a mum in a million who does everything for Adam and never complains.

Donating through JustGiving is simple, fast and totally secure. Your details are safe with JustGiving” they will never sell them on or send unwanted emails. Once you donate, they will send your money directly to the charity and make sure Gift Aid is reclaimed on every eligible donation by a UK taxpayer. So its the most efficient way to donate – I raise more, whilst saving time and cutting costs for the charity.

So please please support me to raise valuable funds for Adam.