This money is what's been taken out for Cameron's Physio treatment from Jan Kelly via invoice and is what has gone back in from Cameron's fathers insurance scheem simply health.

Keep up the strong will and determination Cameron your doing amazingly well hope to see you on your own 2 feet by yourselve in the next couple of years that would be a huge achievement love.xx

Paul Holliday had carried a rugby game down at the castleford Panthers rugby club on the 10th of July 2015 and had raised £561.29 with a check from station garage of £50 pounds yet to clear thank you.

Kind donation from Jeff Dimmock (supporting our own words of the man himself).

big thankyou to staff and customers at jeanettes hairstylists for donations 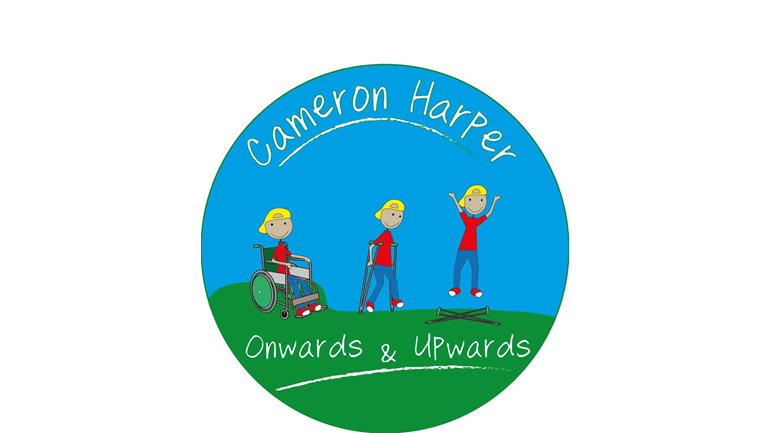 Please help us raise money for Tree of Hope to help Cameron.

Hi, my name is Cameron from Castleford. I am a six year old little boy who has a twin sister. I have one wish and that is to walk and become as independent as possible.

My mummy went into premature labour at 28 weeks and myself and my twin sister were born. We were both rushed to intensive care and spent the first ten weeks of our lives not knowing if we would live or die. We both had holes in our hearts, bleeds and fluid on the brain and were both seriously ill.

My sister had a burst lung and then caught MRSA. We were fed through tubes and and monitored intensely 24/7. I weighed 2lb 13oz and my sister weighed 2lb 6Oz. It was a very tough and agonising time for our mummy and daddy and they lived constantly at the hospital praying for our recovery.

One day things would appear to look up, then the next things would take a serious backward step. It was a rollercoaster ride but eventually when we weighed almost 4lb we were given the ok to go home.

All our family was extremely excited but little did we know the fight wasn’t over. It had only just begun.

For a little while all appeared to be well. We began to thrive and put on weight. Everyone said my eyes shone but mummy knew something wasnt right! After asking for another brain scan the doctors agreed and I was sent to St James where they performed an MRI scan. We awaited the results and then I saw both my parents crumble before my eyes. The MRI had shown I had suffered brain damage and it was irreparable. It had damaged the signals to my legs and other parts of my body. The doctors called it spastic diplegia cerebral palsy which meant I would possibly never walk, talk, use a knife and fork, and even be able to love my family and understand anything around me.

After a lot of tears and emotions my mummy and daddy decided this was not going to beat our family and that I would never want for anything and would always have whatever I needed to help me through this terrible time. It was the only thing they could do to focus as they couldn’t believe what was happening to their beautiful boy.

There are centres available all over the world but the programmes are very expensive and the equipment too much to even think about. Local charities are amazing and have helped fund some of my previous equipment but I am growing so fast and my body is changing so much the items don’t last very long and my parents have to replace them.

I need constant physio sessions and have joined a horse riding and basketball club. I can now take a few steps in my walking frame and my mummy and daddy have drilled me with determination in spite of my disability.

I do try to join in with my friends but due to my mobility and lack of strength i do get left behind. I just want one thing that most children take for granted and that’s to become independent and to take care of myself.

One day my dream will come true and I will run alongside my twin sister hand in hand!

Please take the time to visit our websites to read more