Hope you get your garden soon little man :-) xx

Donator left no message.
£125 from Anonymous

With love from Claire @ Chillipeeps

Blake, My one in a billion boy 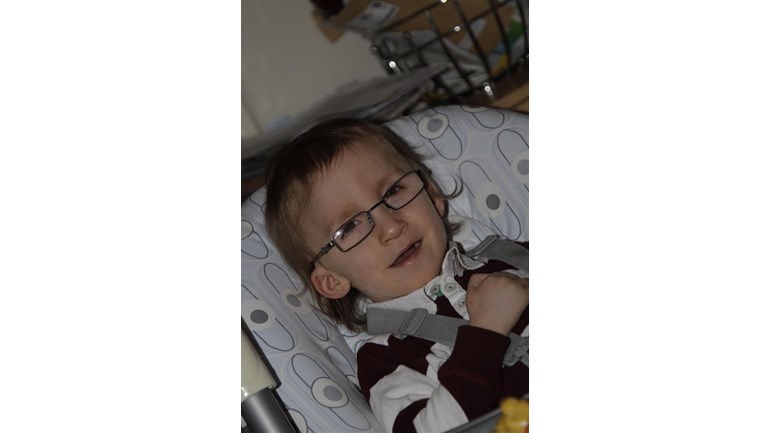 We would like to raise money to be able to buy sensory equipment to aid Blake's development and also to landscape the garden into a sensory paradise.

You see, Blake isn't as aware of pain, danger and strangers as other children would be and this will be something that will also follow him through adulthood. Going "out" to play will never be an option for Blake so the only real safe haven will be his garden. We think this will benefit him immensely.

Born with an extra toe on his left foot, we knew instantly that Blake was going to be special. At 10 weeks old he was diagnosed with Laryngomalacia, a deformity of the larynx causing it to "flop" when he breathed.

In Septmber 2012, Blake was diagnosed with Inverted Duplication of Chromosome 15q23, a condition so rare that there are only 5 others known in the world with a similar condition. (hence our one in a billion boy). There isn't much information about his condition as its so rare so we just have to take every day as it comes.

Blake may or may not walk or talk. He will have learning difficulties and may never be able to live independently but we just have to cross those bridges when we come to them.

Donating through JustGiving is simple, fast and totally secure. Your details are safe with JustGiving – they’ll never sell them on or send unwanted emails. Once you donate, they’ll send your money directly to the charity and make sure Gift Aid is reclaimed on every eligible donation by a UK taxpayer. So it’s the most efficient way to donate - I raise more, whilst saving time and cutting