To match that given by Sarah in support of Billy. Good to see the fund is over half way to reaching its target.

#5kforbilly completed today. Forgot to take a photo of myself though so have an extra £1 to take you to a round number!! Xx

Billy don't stop believing! You are an inspiration and I have achieved something I never thought possible because of you. #run4billy #52weekchallenge lots of love my little star xx

Merry Christmas Billy & Family here’s a donation for you at Christmas!! Xx

£20 from The Bowden Family

All of us at Bloxham Mill wish you the best of luck with your fundraising.

Donator left no message.
£2000 from Bicester Round Table

Billy is awesome. He is the bravest young man xx 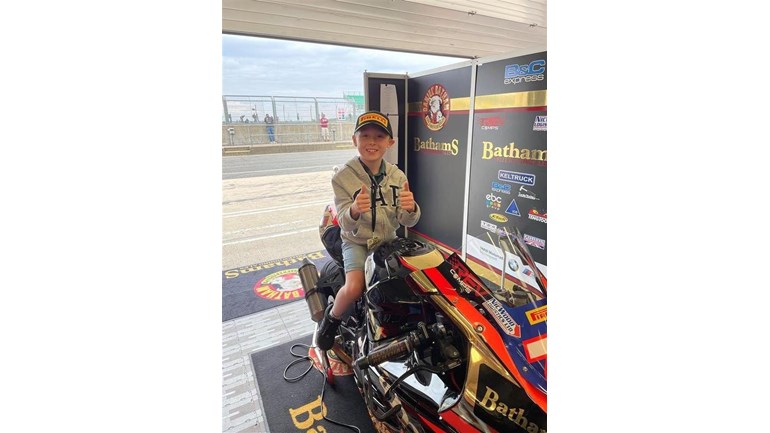 Hello my name is Billy and I am 6 years old,  I  am now at school and I am loving it, but I really wish I could join in more with my friends at playtime's.  I would love to run and play football.  When I am at home I like to spend time with my mummy, daddy and my little sister Kitty.  I would love to be able to go on bike rides with my daddy and fly around on a scooter like all my friends.  I am really hoping one day my dream will come true.

Billy was born in 2013 and for Pete and I we felt our world was complete.  As all new parents we thought Billy was perfect and we was just so in love with him.  When Billy was about 3 months old we took him swimming and a friend of ours pointed out a couple of things to us, one was his head was tilted over to one side and the other was his feet were really stiff.  As we had never had any children before we had not noticed any of these things and we straight away took him to the doctors.   The doctor picked up on his neck more so than his feet and Billy went through a course of physio to help him straighten his head.

As the weeks went on and the milestones started to come up we noticed that Billy was not hitting the milestones of sitting up, crawling or walking like our friends children of the same age.

At about 8 months old we took him back to the doctor and
that was beginning of downward spiral of fighting to find a diagnosis.

At 15 months old Billy had his first MRI which came back all
clear, at the time we was so happy as we thought that just maybe he was just slower in his development.  At 16 months
old Billy started commando crawling and then 19 months he began crawling on his knees so we again was hopeful  that he
would do it in his own time.  At just over 2 years old Billy had his 2nd MRI and yet again it came back clear, this time we was not so happy as without a diagnosis we had realised it was impossible to get Billy the help he needed.

Throughout Billy’s life he has been on several different
drugs, had botox in his legs twice had physio twice a week since he was 15 months old and had full support at nursery to help him with his mobility.

Pete and I have tried several different treatments to help
Billy we have taken to a chiropractor, an osteopath, cognitive therapy but as he gets older we realise we are running out of time as he is of an age now where he wants to be like his friends  he wants to
run, jump, skip, ride a bike all of those things and as his parents we want to get him there.

Our ultimate goal is to raise enough funds for Billy to have an operation to reduce the spasticity in his legs. Billy is not quite ready for this Operation. The operation is a gruelling  5-6 hours and more importantly Billy will require 3-4 sessions of private physiotherapy a week for up to 3 years.  We have a huge amount of work to do in strengthening him physically and mentally so that he is strong enough for this procedure.

To fund this operation and the physiotherapy pre and post operation along with equipment and intensive fitness sessions we need to raise approximately £85,000.

We are going to be running a serious amount of fundraising events
to get us to the point that we can give Billy the treatment he needs and we hope Billy's wish to walk will soon become a reality.