This is the proceeds from the book sale at Charlton House.

This is the proceeds from the IS Dress Down Day for August and IM units dressing down for every Friday in August.

Joanna I ran the Salford 10K on Sunday and got people inside and outside of work to sponsor me. All the best to Aid

Donator left no message.
£260 from Anonymous

From all the staff in the Occupation Checks Unit, Information Services Branch, GMP Raised by Dress Down Days, bike ride, book & cake sale and raffle. 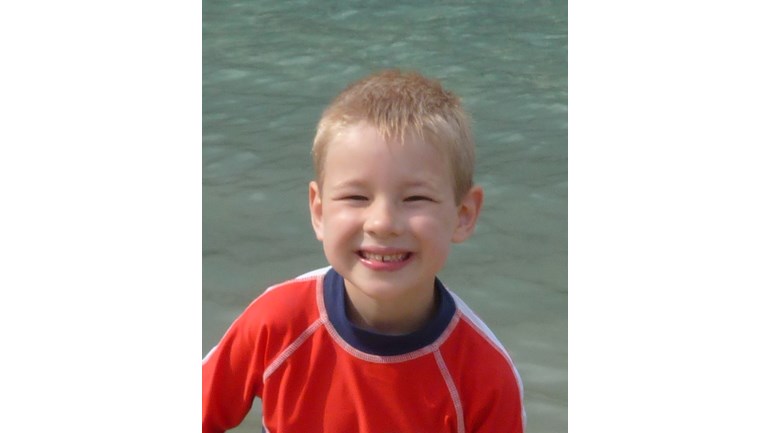 Aidan - aka Aid - is a six-year-old boy who has cerebral palsy (spastic diplegia). We’re raising money for an operation that’ll help him walk better.

A bit about Aidan

Aidan and his twin brother, Cameron, were born early at 32 weeks and spent the first six weeks of their lives in a special care unit. Aidan seemed to be developing normally - until we noticed he wasn’t reaching his physical milestones.

He first sat up unassisted at 12 months and he couldn’t walk alone until he was two-and-a-half. He now walks independently but he’s high on his toes. He can’t plant his heels on the floor, which makes him very unbalanced, and he falls frequently. He can’t walk for long distances and his muscles aren’t strong enough to allow him to stand still. He can’t wiggle his toes.

Despite all this, Aidan is a very active boy and he’s utterly determined to play for Manchester United. He loves playing football with his friends but he’s generally put in goal. He doesn’t mind being the keeper, though and he’s really brave, throwing himself to the floor to make saves - probably because he’s so used to falling over!

He’d love to be able to ride a bike and to run as fast (or nearly as fast) as his friends and his brother. He adores watching and trying to play sports.  He especially likes cricket and has excellent hand-to-eye co-ordination - his batting is remarkably good. It’s just a shame his legs can’t keep up.

A bit about the operation

Selective Dorsal Rhizotomy (SDR) is a neuro-surgical procedure that cuts carefully selected nerves in the spinal cord. This will reduce muscle tightness (spasticity) in Aidan’s legs, allowing him to get his heels flat to the floor. It will improve his balance and give him a much steadier gait. It’ll also eliminate the need for orthopaedic surgery later in his life.

If Aidan doesn’t have the operation, he’ll most probably suffer long-term deformity and may require a wheelchair to get around.

SDR is quite new to the UK but it’s now being offered by a handful of hospitals across the country. The NHS had been funding this operation, but recent changes to the application process have led to funding being totally withdrawn.

So, we have a very challenging target to hit in a very short space of time as the operation is scheduled for the 29th August. And Aid has a very difficult journey after that, starting with two years of intensive post-op physiotherapy.

But we believe anything is possible. And, most importantly, so does he.